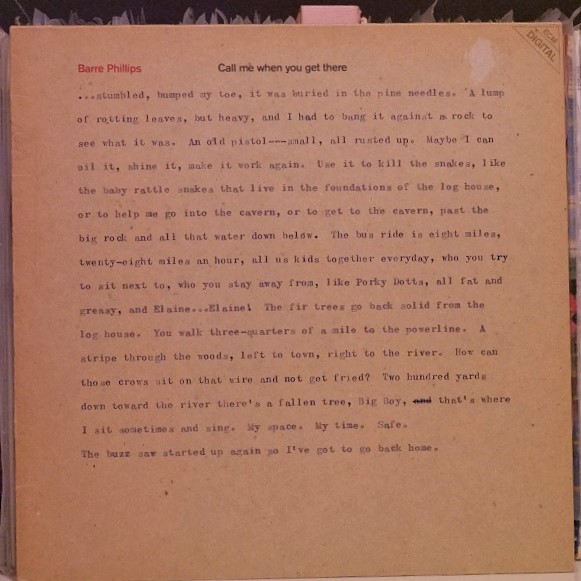 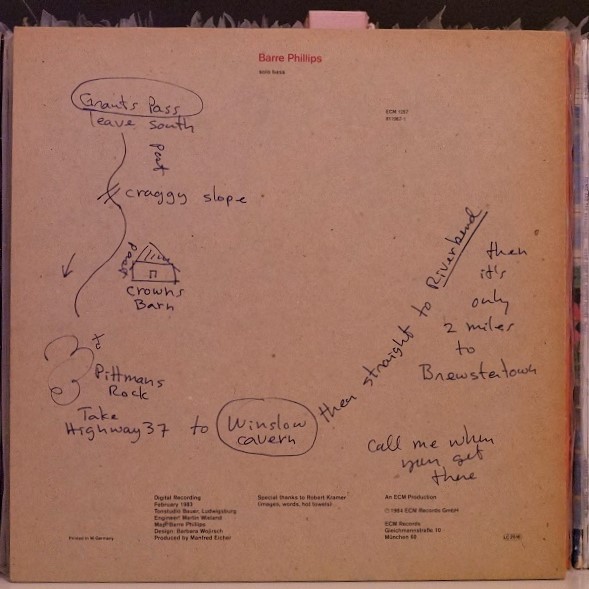 Barre Phillips – Call Me When You Get There VG+/VG+

Barre Phillips (born October 27, 1934, in San Francisco, California, United States) is an American jazz bassist. A professional musician since 1960, he migrated to New York City in 1962, then to Europe in 1967. Since 1972, he has been based in southern France where, in 2014, he founded the European Improvisation Center.

He studied briefly in 1959 with S. Charles Siani, Assistant Principal Bassist with the San Francisco Symphony. During the 1960s, he recorded with (among others) Eric Dolphy, Jimmy Giuffre, Archie Shepp, Peter Nero, Attila Zoller, Lee Konitz and Marion Brown.

Phillips’ 1968 recording of solo bass improvisations, issued as Journal Violone in the US, Unaccompanied Barre in England, and Basse Barre in France on Futura Records, is generally credited as the first solo bass record. A 1971 record with Dave Holland, Music from Two Basses, was probably the first record of improvised double bass duets.

In the 1970s, he was a member of the well-regarded and influential group The Trio, with saxophonist John Surman and drummer Stu Martin. In the 1980s and 1990s, he played regularly with the London Jazz Composers Orchestra, led by fellow bassist Barry Guy. He worked on soundtracks of the motion pictures Merry-Go-Round (1981), Naked Lunch (1991, together with Ornette Coleman) and Alles was baumelt, bringt Glück! (2013).