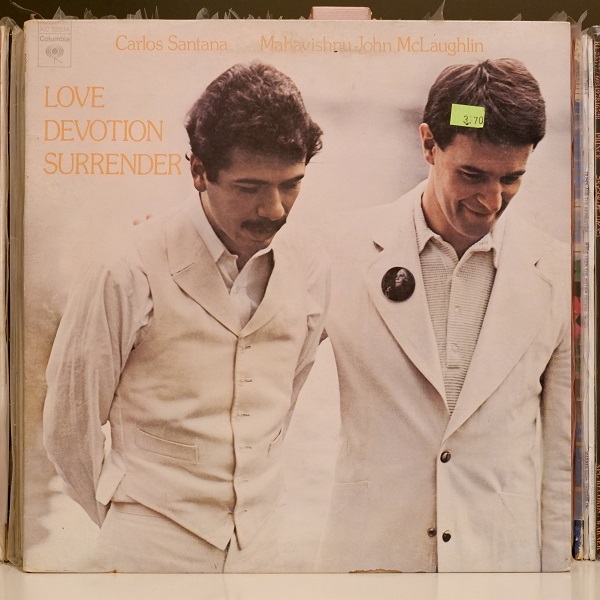 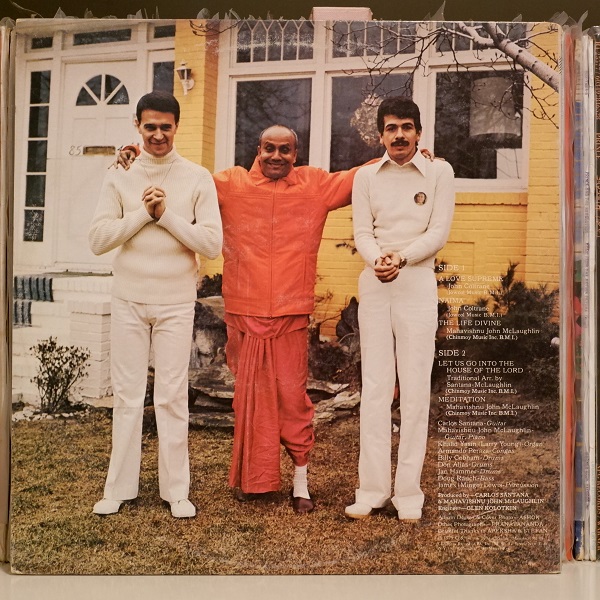 Love Devotion Surrender is an album released in 1973 by guitarists Carlos Santana and John McLaughlin, with the backing of their respective bands, Santana and The Mahavishnu Orchestra. The album was inspired by the teachings of Sri Chinmoy and intended as a tribute to John Coltrane. It contains two Coltrane compositions, two McLaughlin songs, and a traditional gospel song arranged by Santana and McLaughlin. It was certified Gold in 1973.

Piers says, “Do not judge a record by its cover has never been truer here. This has to be the daggiest cover ever, but the music is intense.”