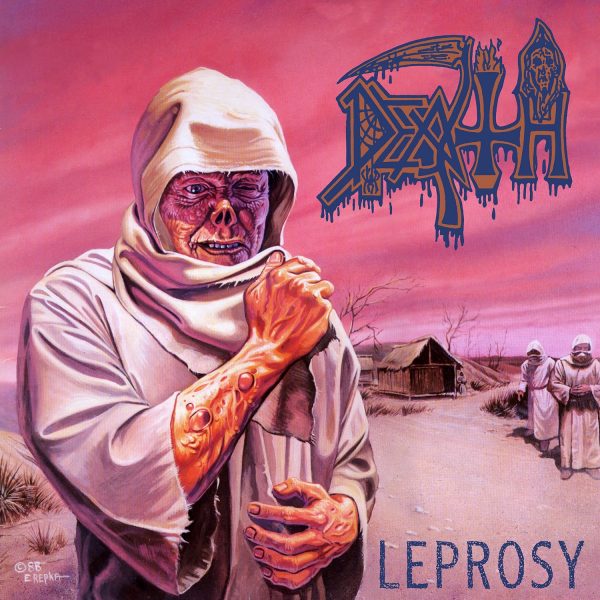 Leprosy is the second studio album by American death metal band Death, released on August 12, 1988, by Combat Records. Notably different in tone and quality from the band’s 1987 debut, it is the first example of Scott Burns’ work heard on many of the death metal and grindcore albums of that era. The cover is featured in Metal: A Headbanger’s Journey. It is the first album to feature drummer Bill Andrews and the only one to feature guitarist Rick Rozz.

In a death metal special by the German Rock Hard magazine, Leprosy was voted the number one of the 25 most important death metal albums of all time.