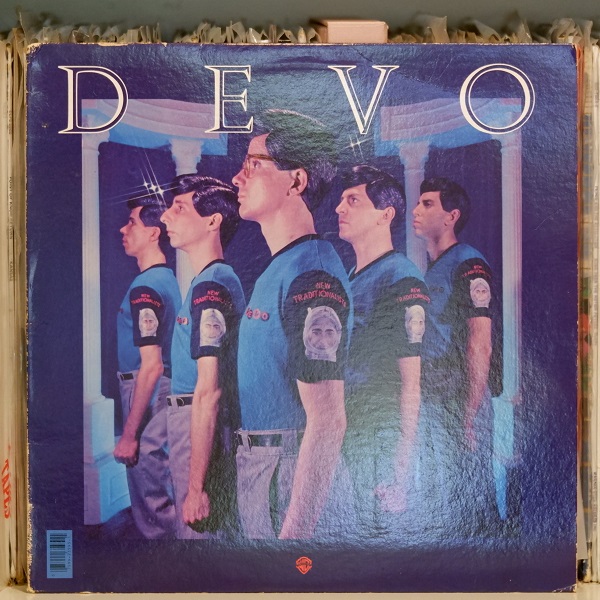 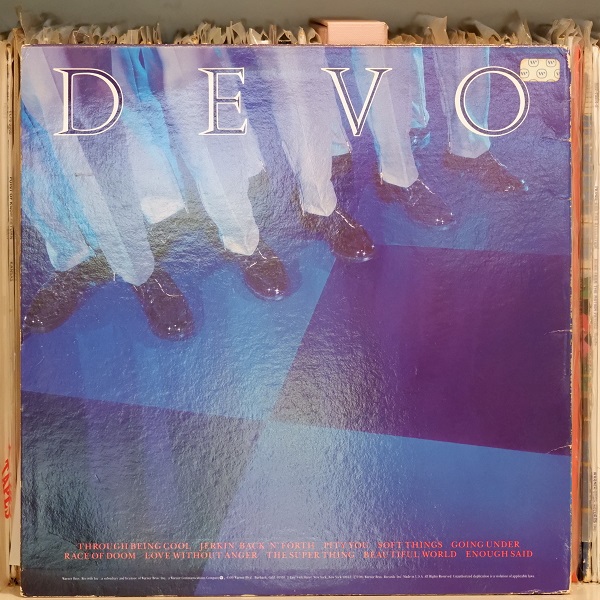 New Traditionalists is the fourth studio album by the American new wave band Devo. It was originally released in August 1981, on the labels Warner Bros. and Virgin. The album was recorded over a period of four months between December 1980 and April 1981, at The Power Station, in Manhattan, New York City. The album’s sound continued in the vein of their previous studio album Freedom of Choice, with synthesizers moved even further to the forefront and the guitars became more subdued. Some of the tracks featured drum machines for the first time on a Devo album. In addition, the lyrics are frequently dark and vitriolic. It features the minor hits “Through Being Cool” and “Beautiful World”.

As with every Devo album and tour, the band developed a new look for the album, eschewing the energy dome headgear and replacing it with the plastic “New Traditionalist Pomp”, reportedly modeled after President John F. Kennedy’s famous pompadour, though in one interview, co-founder and bass guitarist Gerald Casale claims it was modeled on Ronald Reagan’s hairstyle. They also wore blue V-neck T-shirts with the New Traditionalists astronaut logo on the black sleeves. This shirt can be seen on the US and Australian versions of the album cover.

Join Waitlist We will inform you when the product arrives back in stock. Please leave your valid email address below.
SKU: 100123 Category: Second-Hand Records Tags: New Wave, Synthpop