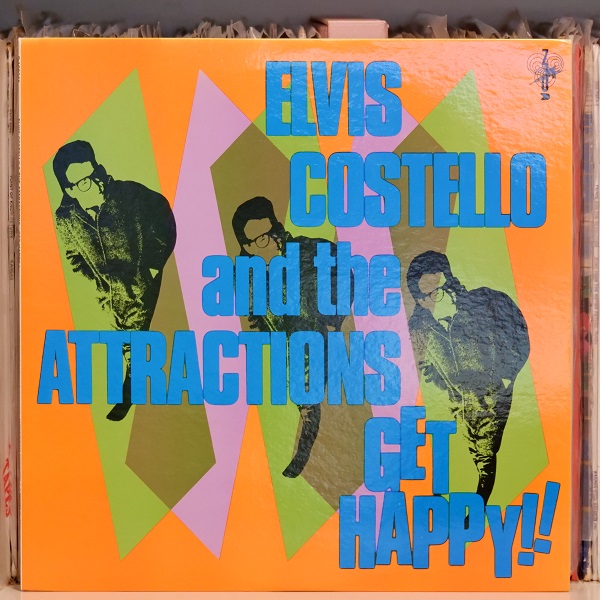 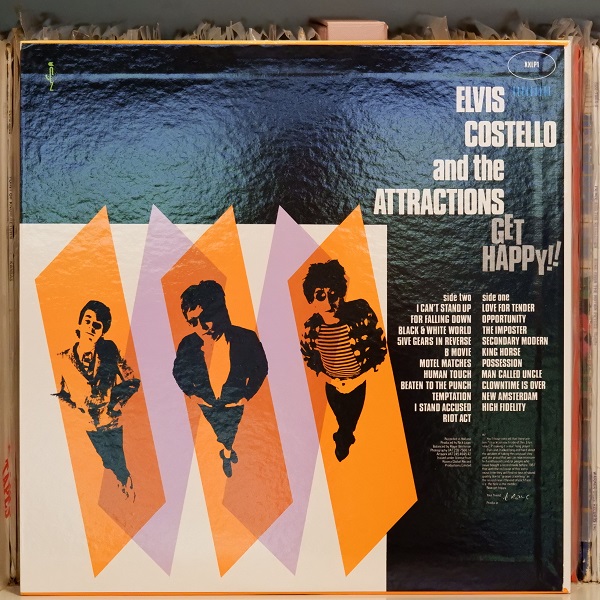 Get Happy!! is a studio album by Elvis Costello and the Attractions. The fourth album by Elvis Costello, his third with the Attractions, it is notable for being a dramatic break in tone from Costello’s three previous albums, and for being heavily influenced by R&B, ska and soul music. The cover art was intentionally designed to have a “retro” feel, to look like the cover of an old LP with ring wear on both front and back.

Like its predecessor Armed Forces, it was commercially successful, charting at number 11 in the US and number 2 in the UK, where it went gold. It was placed at No. 11 on Rolling Stone magazine’s list of the 100 greatest albums of the 1980s. In 2000 it was voted number 298 in Colin Larkin’s All Time Top 1000 Albums.