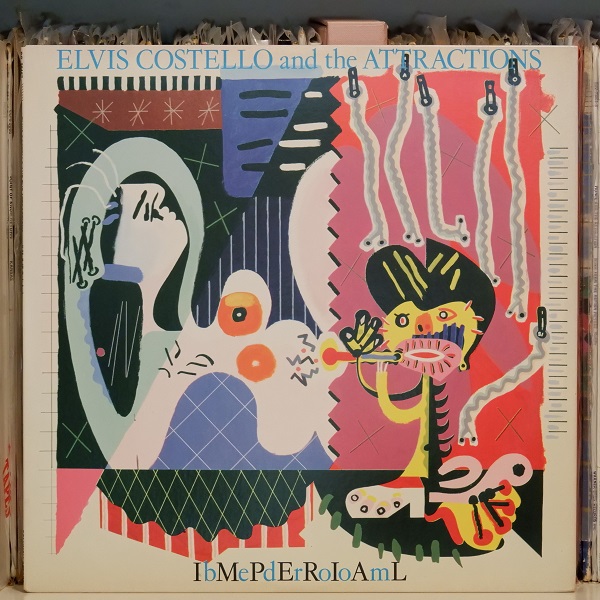 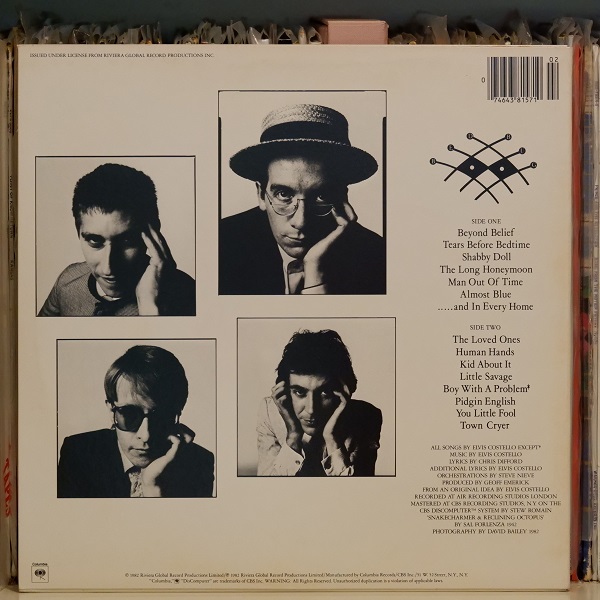 Imperial Bedroom is the seventh album by Elvis Costello and his sixth album recorded with The Attactions. Released in 1982, it was the second Costello album, after Almost Blue, not produced by Nick Lowe: production was instead by Geoff Emerick, who was well known for his engineering work with Beatles. “I wanted to try a few things in the studio that I suspected would quickly exhaust Nick’s patience,” Costello wrote in the liner notes to the 1994 Rykodisc reissue.

It was voted the best album of the year in The Village Voice’s annual Pazz & Jop critics poll. In 1998 readers of Q magazine named it the 96th greatest album ever. In 1989, it was ranked No. 38 on Rolling Stone magazine’s list of The 100 Greatest Albums of the 80s. In 2003, the album was ranked number 166 on Rolling Stone magazine’s list of the 500 greatest albums of all time, maintaining the rating in a 2012 revised list. It was voted number 321 in the third edition of Colin Larkin’s All Time Top 1000 Albums (2000). In 2012, Slant Magazine listed the album at No. 59 on its list of “Best Albums of the 1980s”. The album reached number 6 in the UK charts and number 30 in the USA but the singles were less successful. “You Little Fool” and “Man Out of Time” each briefly appeared in the UK Singles Chart, but neither charted in the USA.