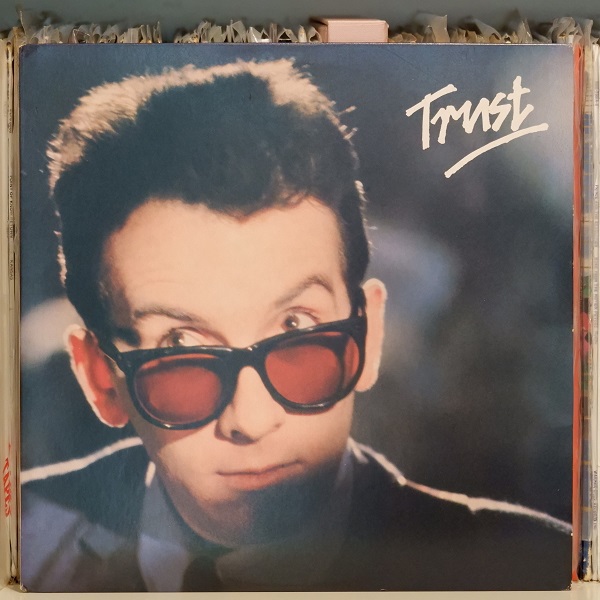 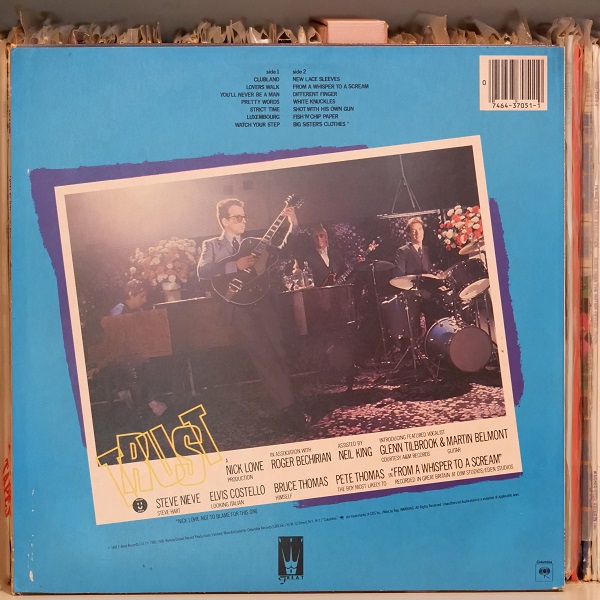 Trust is an album by Elvis Costello and the Attractions, released in 1981. It is Costello’s fifth album, and fourth with the Attractions. It was also his fifth consecutive album produced by Nick Lowe, who handled production on all songs except “Big Sister’s Clothes” (which the liner notes make clear by stating that Lowe was “not to blame” for it).

Contemporary reviews for Trust were positive. In a review for Rolling Stone, Ken Tucker said that Costello’s “words and music make exhilarating connections with pop past and pop future”. Robert Christgau of The Village Voice stated that the album “is rock and roll as eloquent, hard-hitting pop, and Elvis has turned into such a soul man that I no longer wish he’d change his name to George and go country.” Trust was ranked the seventh best album of 1981 by NME. In The Village Voice’s annual Pazz & Jop critics’ poll of the year’s best albums, Trust finished third.

Retrospectively, Trust has received acclaim from music critics, and has been cited as one of Costello’s best, as well as most underrated, works

Join Waitlist We will inform you when the product arrives back in stock. Please leave your valid email address below.
SKU: 100096 Categories: Pop, Rock, Second-Hand Records Tags: Pop Rock, Singer/Songwriter