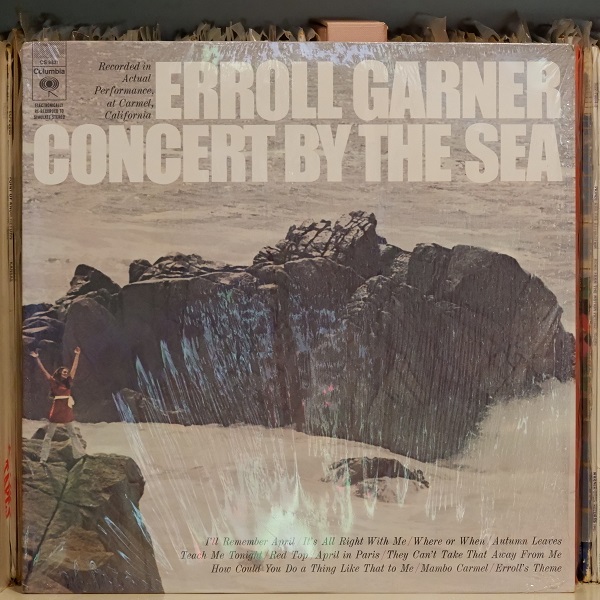 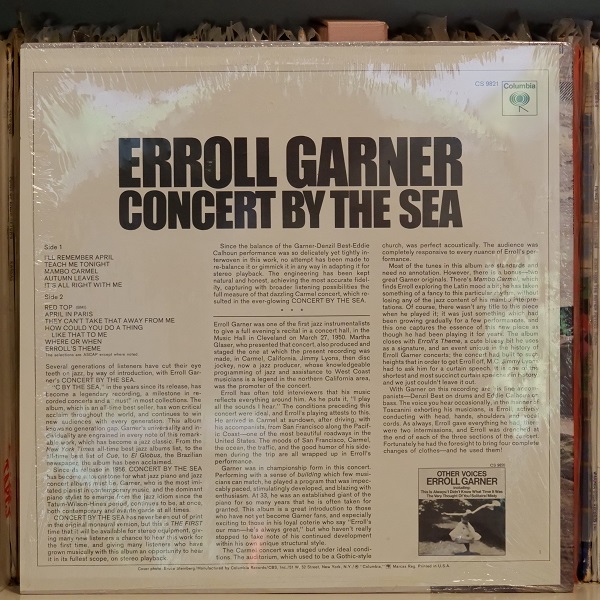 Concert by the Sea is a live album by pianist Erroll Garner that was released by Columbia in 1955. It sold over a million dollars’ worth of retail copies by 1958, qualifying for gold record status by the definition of that time but has never been acknowledged as such by the RIAA.

AllMusic awarded the album a maximum five stars, observing it is “arguably the finest record pianist Erroll Garner ever made”. The Penguin Guide to Jazz gave it 3½ stars out of 4 (and added it to the book’s suggested Core Collection), asserting that: “Concert by the Sea is essentially neither more nor less than a characteristic set by the trio”. Critic Scott Yanow’s opinion is: “this is the album that made such a strong impression that Garner was considered immortal from then on.”