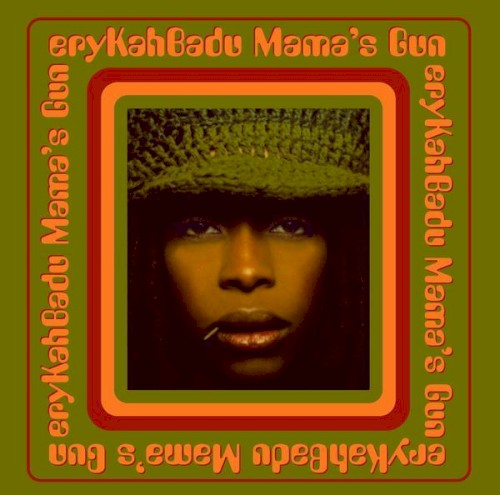 Mama’s Gun is the second studio album by American singer Erykah Badu. It was recorded between 1999 and 2000 at Electric Lady Studios in New York and released on November 21, 2000, by Motown Records. A neo soul album, Mama’s Gun incorporates elements of funk, soul, and jazz styles. It has confessional lyrics by Badu, which cover themes of insecurity, personal relationships, and social issues. The album has been viewed by critics as a female companion to neo soul artist D’Angelo’s second album Voodoo (2000), which features a similar musical style and direction. Critics have also noted that while Badu’s first album Baduizm contained its share of cryptic lyricism, Mama’s Gun is much more direct in its approach, and places the artist in a subjective position more than its predecessor.

The album contains the single “Bag Lady”, Badu’s first top 10 Billboard hit, which was also nominated for the Grammy Award for Best Female R&B Vocal Performance and for Best R&B Song. The song “Didn’t Cha Know?” was also nominated for Best R&B Song. The album features substantial contributions from several members of the Soulquarians outfit, of which Badu was a member. It also features guests such as soul singer Betty Wright and trumpeter Roy Hargrove. Mama’s Gun was met with generally positive reviews from critics. It was less commercially successful than Baduizm, receiving Platinum certification in the US. Rolling Stone magazine named it one of the Top 10 Albums of 2000.