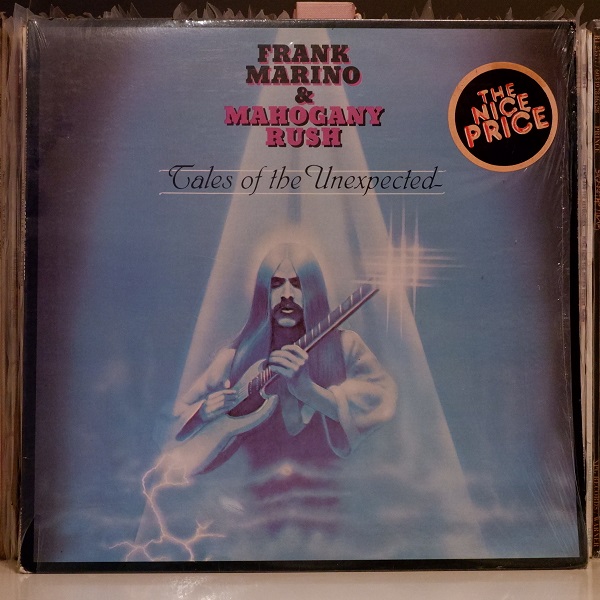 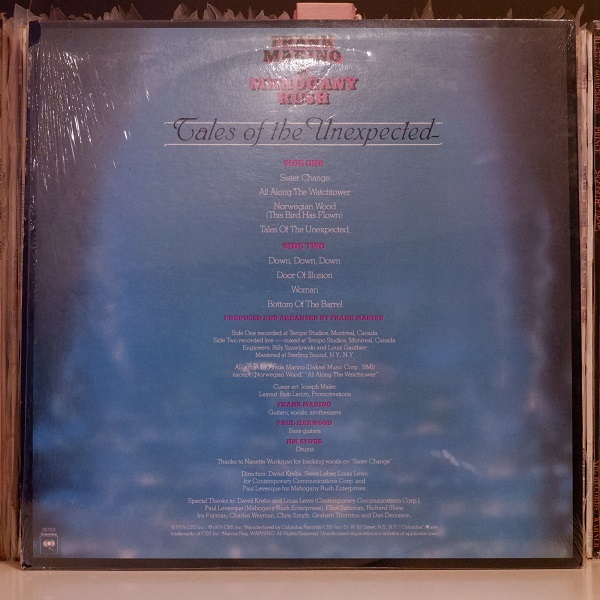 Mahogany Rush was a Canadian rock band led by guitarist Frank Marino. Formed in Montreal, Quebec in 1970, the band had its peak of popularity in the 1970s, playing venues as large as California Jam II.

The band is perhaps best known for Marino’s soaring lead guitar which bears a strong resemblance to the playing of Jimi Hendrix. Long-term members of the band have included bassist Paul Harwood and drummer Jimmy Ayoub, and Frank’s brother Vince on guitar; Frank Marino is the sole continuous member of the band. Starting in the late 1970s, the group recorded and toured as Frank Marino & Mahogany Rush.

Shrink wrap still on record. Sticker is on the shrink wrap.