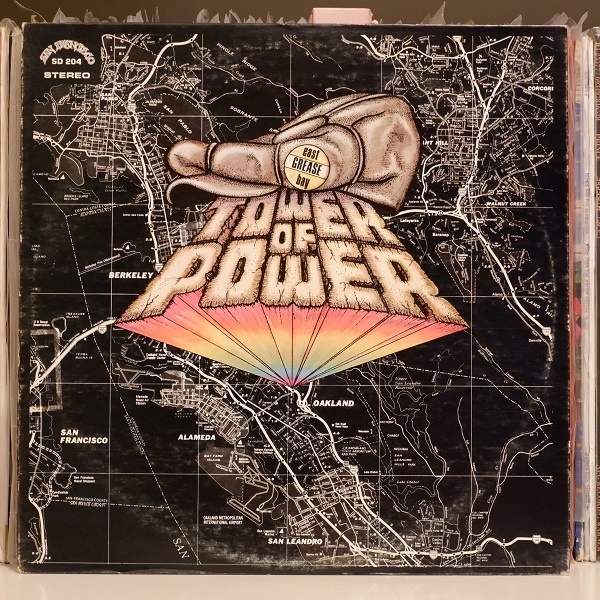 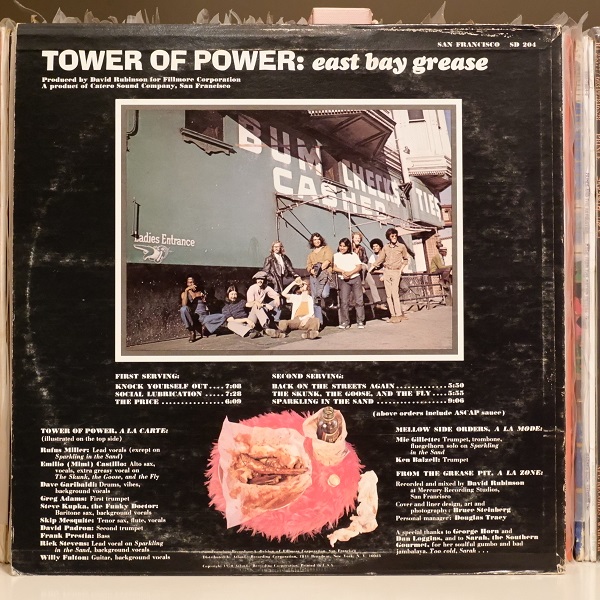 East Bay Grease is the debut album by the soul and funk group Tower of Power, released in 1970. The band was one of the early music groups to be signed by Bill Graham’s Fillmore Records, which released the LP. The album was released on CD in 1992 by Rhino Records.

“East Bay Grease” is a genre of music featuring a “brass heavy funk-rock sound” and it was characteristic of the Oakland-style funk which Tower of Power helped to establish and further built upon throughout their career. Other East Bay Grease–style bands include Cold Blood, Chicago, and Blood Sweat And Tears.