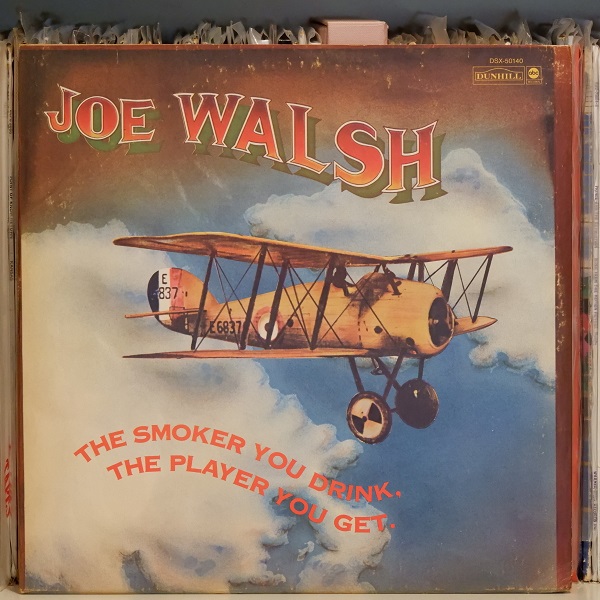 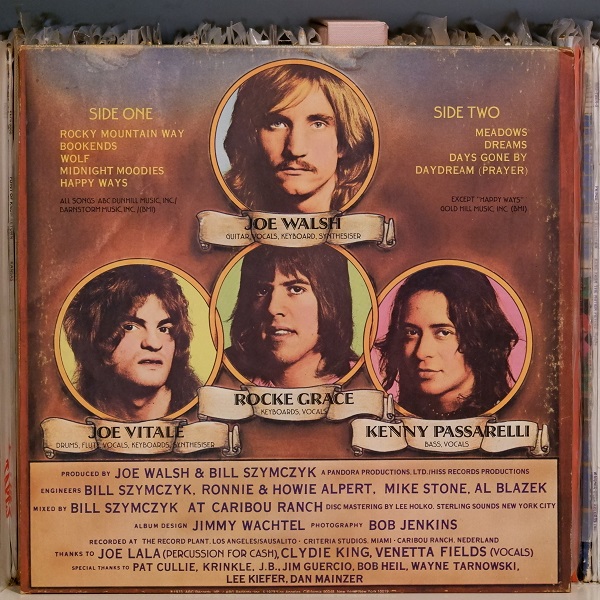 Joe Walsh – The Smoker You Drink, The Player You Get. VG+/VG

The Smoker You Drink, the Player You Get is the second studio album by the American singer-songwriter and multi-instrumentalist Joe Walsh. The album was released in 1973, on the label ABC-Dunhill in the United States, and United Kingdom, and it was also released in Germany. It proved to be his commercial breakthrough, largely on the strength of the Top 40 hit single, “Rocky Mountain Way”, which helped propel the album into the Top 10.

On this album, Walsh shares the vocals and songwriting with the other three members of Barnstorm: drummer/multi-instrumentalist Joe Vitale, bassist Kenny Passarelli, and new member, keyboardist Rocke Grace. As a result, a variety of styles are explored on this album; there are elements of blues, jazz, folk, pop, and even Caribbean music. However, the album is only credited to Walsh as a solo artist, not to Barnstorm, which led to the band’s demise. After the success of this album, Walsh continued making albums as a solo artist.

The title is a play on words “The higher you get the better you play!”