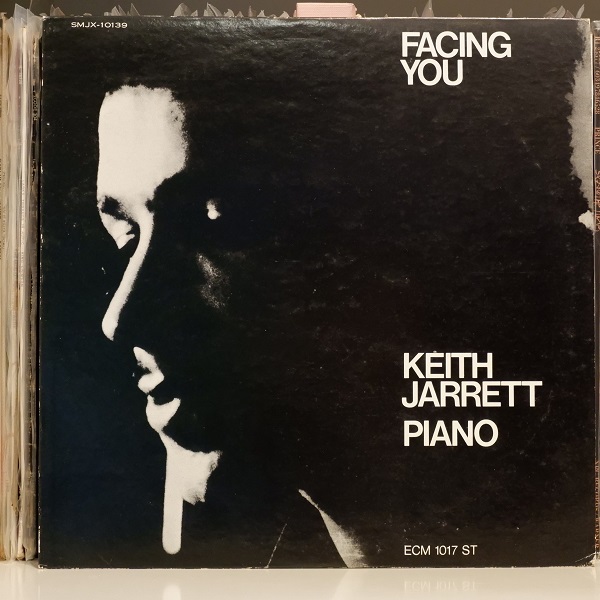 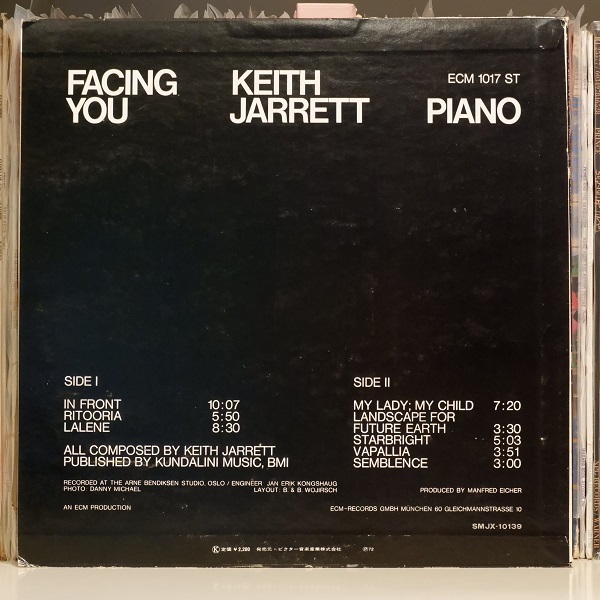 Facing You is the first solo piano album recorded by pianist Keith Jarrett, the first of his voluminous collection to be produced by Manfred Eicher and his first work to be released by ECM Records. It features eight solo piano pieces (improvised and/or composed by himself) and it was recorded in the studio. It marked the beginning of Jarrett’s innovative and successful career in spontaneous and improvised performance on solo piano, and it constitutes a landmark in his fruitful association with ECM Records.

The album was recorded in Oslo (Norway) on November 10, 1971, one day after a concert performance with the Miles Davis Septet in the same city. It was released in 1972 and has been reissued many times in different formats, including vinyl.

Join Waitlist We will inform you when the product arrives back in stock. Please leave your valid email address below.
SKU: 100021 Categories: Jazz, Second-Hand Records Tag: ECM