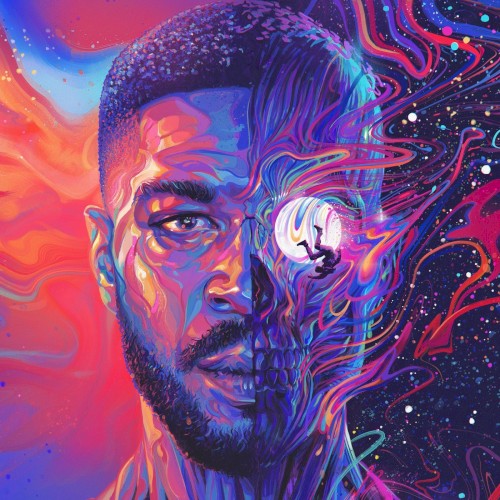 Kid Cudi – Man On The Moon III: The Chosen

The 18-track album was produced mainly by Cudi himself and Dot da Genius, along with Plain Pat, Emile Haynie and Mike Dean, all of whom contributed to the previous two Man on the Moon albums. Guest vocals on the album are contributed by Phoebe Bridgers, Pop Smoke, Skepta and Trippie Redd.

Thematically, Man on the Moon III is a concept album that finds Cudi in an internal struggle against his evil alter ego, Mr. Rager, in hopes to win back his peace and happiness. As with the previous two installments in the trilogy, the album is divided into separate acts.

Man on the Moon III: The Chosen received mostly positive reviews from music critics, who praised Cudi’s songwriting and generally favored the latter two acts, though some found it derivative of Cudi’s earlier albums. It debuted at number two on the Billboard 200, earning 144,000 album-equivalent units of which 15,000 were pure sales, marking Cudi’s fifth top 10 album in the US.