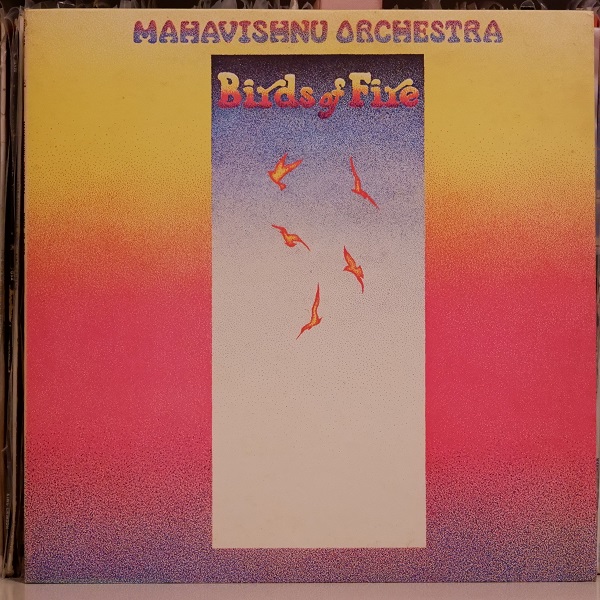 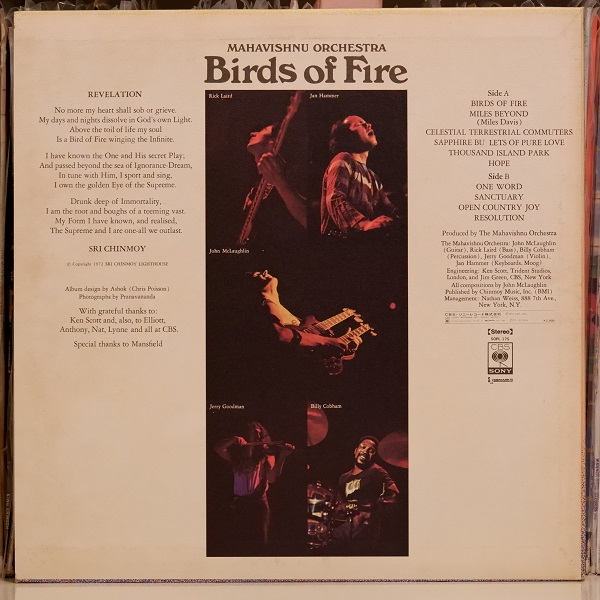 Birds of Fire is the second studio album by jazz fusion band the Mahavishnu Orchestra. It was released on January 3, 1973, by Columbia Records and is the last studio album released by the original band line-up before it dissolved.

As with the group’s previous album, The Inner Mounting Flame, Birds of Fire consists solely of compositions by John McLaughlin. These include the track “Miles Beyond (Miles Davis)”, which McLaughlin dedicated to his friend and former bandleader.

The back cover of the album features the poem “Revelation” by Sri Chinmoy.