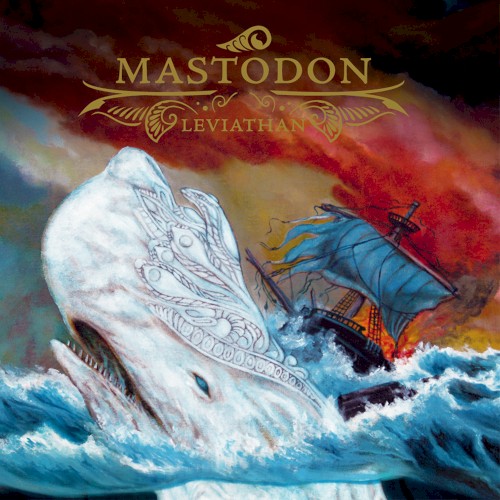 Leviathan is the second album by American heavy metal band Mastodon, released in 2004 on Relapse Records. It is Mastodon’s first concept album, loosely based on the 1851 novel Moby-Dick by Herman Melville. The songs “Iron Tusk”, “Blood and Thunder”, “I Am Ahab” and “Seabeast” were released as singles. Three magazines awarded the album Album of the Year in 2004: Revolver, Kerrang! and Terrorizer. In 2009 and 2015 MetalSucks named Leviathan the best metal album of the 21st century.

Leviathan was also released with an audio DVD of DVD-Video format in a limited edition set with a black and gold slipcase. The album brought Mastodon widespread critical acclaim and together with the ensuing tour greatly extended their fan base. It sold 106,000 copies by September 2006.[4] Guitarist Bill Kelliher considers this album a representation of the water element, in keeping with the elemental tetralogy of the band’s first four albums.