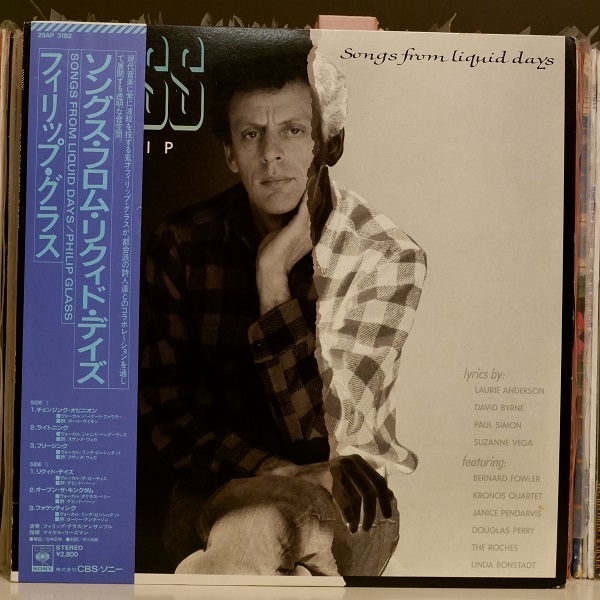 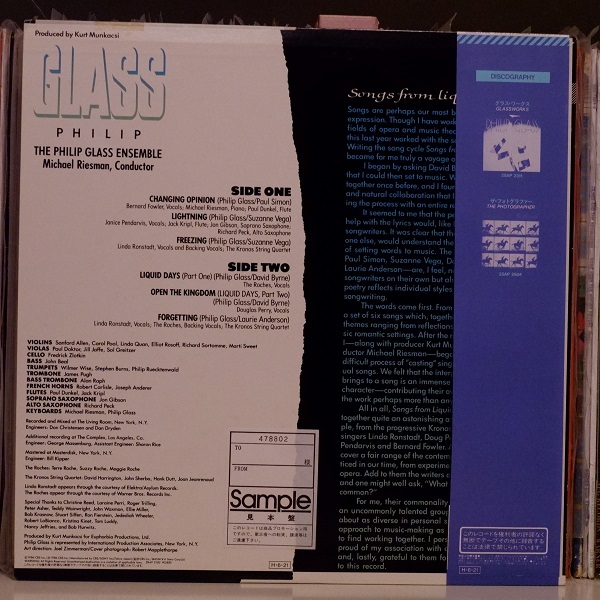 Songs from Liquid Days is a collection of songs composed by composer Philip Glass with lyrics by Paul Simon, Suzanne Vega, David Byrne and Laurie Anderson. Glass began the project scoring lyrics by Byrne and then thought to collaborate with additional songwriters.

On the project, Glass said:

The words come first. From these I fashioned a set of six songs which, together, form a cycle of themes ranging from reflections on nature to classic romantic settings. After the music was written, I — along with producer Kurt Munkacsi and conductor Michael Riesman — began the long and difficult process of ‘casting’ singers for the individual songs. We felt that the interpretation a singer brings to a song is an immense contribution to its character — contributing their own personality to the work perhaps more than any other performer.

The recording features performances by Bernard Fowler, the Kronos Quartet, Janice Pendarvis, Douglas Perry, The Roches, Linda Ronstadt, and the Philip Glass Ensemble, directed by Michael Riesman. The recording was released in 1986 by CBS Records. The song “Lightning” was performed by the Philip Glass Ensemble on Saturday Night Live, March 22, 1986.