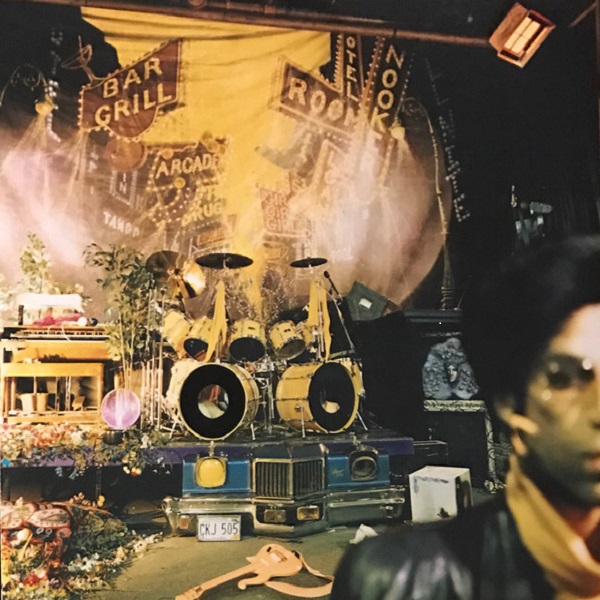 Sign o’ the Times (often stylized as Sign “☮︎” the Times) is the ninth studio album by American singer, songwriter, producer, and multi-instrumentalist Prince. It was first released on March 30, 1987 as a double album by Paisley Park Records and Warner Bros. Records. The album is the follow-up to Parade and is Prince’s first album following his disbanding of the Revolution. The album’s songs were largely recorded during 1986 to 1987 in sessions for releases Prince ultimately aborted: Dream Factory, the pseudonymous Camille, and finally the triple album Crystal Ball. Prince eventually compromised with label executives and shortened the length of the release to a double album, whose music encompasses a varied range of styles, including funk, soul, psychedelic pop, electro, and rock.

Many of the drum sounds on Sign o’ the Times came from the Linn LM-1 drum machine, and Prince used the Fairlight CMI synthesizer to replace other instruments. Minimal instrumentation is heard on the stripped-down “Sign o’ the Times”, the lead single. Four songs contain higher-pitched vocals to represent Prince’s alter ego “Camille”.

Sign o’ the Times‘ release was supported by several singles, among them the socially conscious “Sign o’ the Times” and “If I Was Your Girlfriend”; in addition to a well-received concert film of the same name. The album peaked at number six on the Billboard 200 and was certified Platinum by the Recording Industry Association of America (RIAA) four months after its release. It also reached the top 10 in Austria, France, New Zealand, Norway, Sweden, and the UK and number one in Switzerland. “Sign o’ the Times”, “U Got the Look” and “I Could Never Take the Place of Your Man” were all top 10 hits on the Billboard Hot 100. Following Prince’s death in 2016, the album re-entered the Billboard 200 at number 20.

Though not as commercially successful as Purple Rain, Sign o’ the Times was Prince’s most acclaimed album, being voted 1987’s best album in the Pazz & Jop critics poll and since being ranked as one of the greatest albums of all time by several publications. It has been appraised by many critics as Prince’s best album, ahead of Purple Rain. Writing for The Rolling Stone Album Guide (2004), Michaelangelo Matos regarded it as “the most complete example of [Prince’s] artistry’s breadth, and arguably the finest album of the 1980s”. In 2017, the album was inducted into the Grammy Hall of Fame.