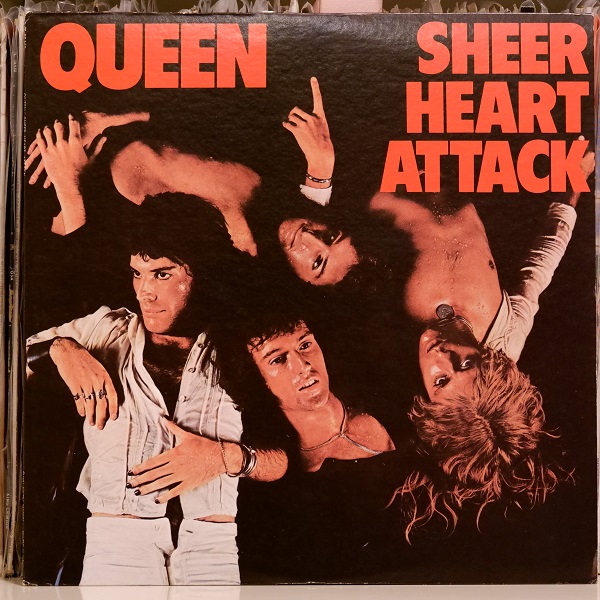 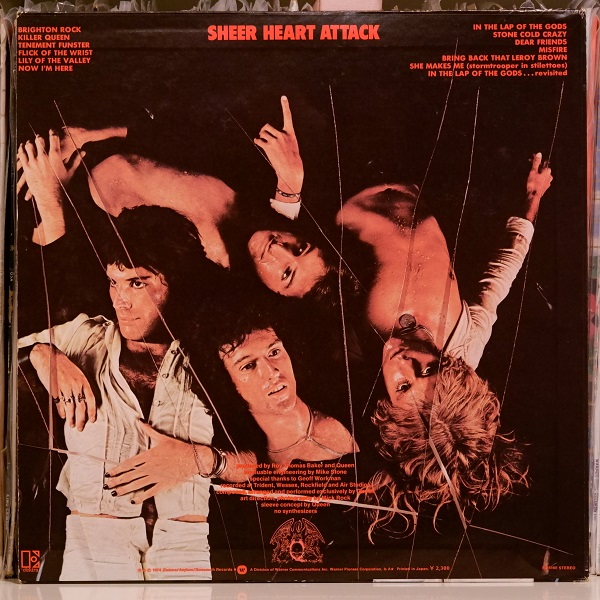 Sheer Heart Attack is the third studio album by the British rock band Queen, released on 8 November 1974 by EMI Records in the United Kingdom and by Elektra Records in the United States. Digressing from the progressive themes featured on their first two albums, the album featured more pop-centric and conventional rock tracks and marked a step towards the “classic” Queen sound. It was produced by the band and Roy Thomas Baker, and launched Queen to mainstream popularity in the UK and throughout the world.

After the release of Queen II, the group embarked on a promotional tour with Mott the Hoople. However, in the middle of the tour, Brian May became severely ill, forcing the entire tour to end early. Much of the album was written while May was recovering in hospital.

The album’s first single “Killer Queen” reached number 2 in the British charts and provided the band with their first top 20 hit in the US, peaking at number 12 on the Billboard singles chart. Sheer Heart Attack was the first Queen album to hit the US top 20, peaking at number 12 in 1975. It has been acknowledged for containing “a wealth of outstanding hard rock guitar tracks”. Retrospectively, it has been listed by multiple publications as one of the band’s best works and has been deemed an essential glam rock album.