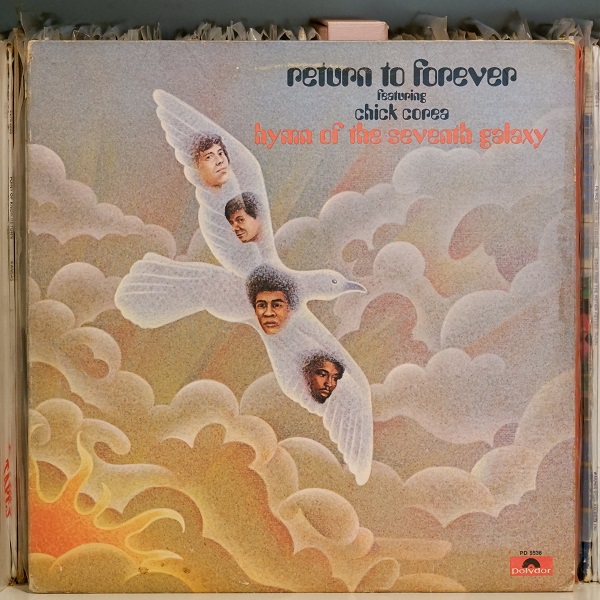 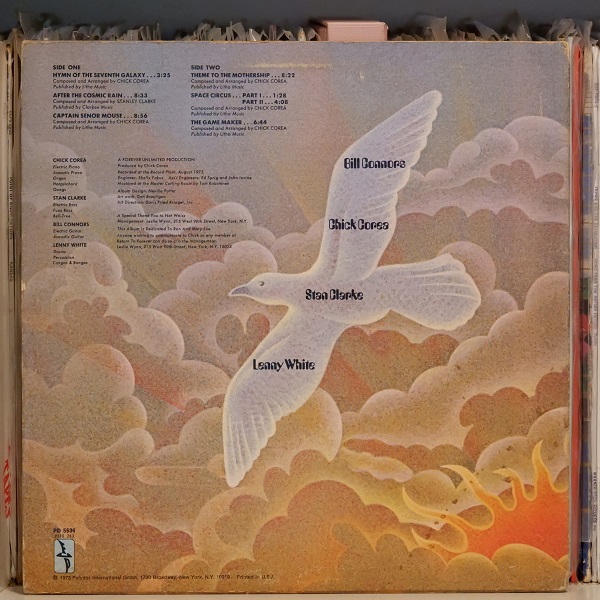 Hymn of the Seventh Galaxy is the third studio album by American jazz fusion band Return to Forever. It was released in October 1973 by Polydor. Flora Purim, Joe Farrell, and Airto Moreira were replaced by drummer Lenny White and guitarist Bill Connors.

Drawing on rock and funk, the album emphasized electric instruments more than Return to Forever’s previous albums. Clarke contributed one song for the album while Corea wrote the rest of the material. Corea relied mostly on electric piano and organ.

Daniel Gioffre for Allmusic wrote, “it is the quality of the compositions that marks Hymn of the Seventh Galaxy as an indispensable disc of ’70s fusion”.