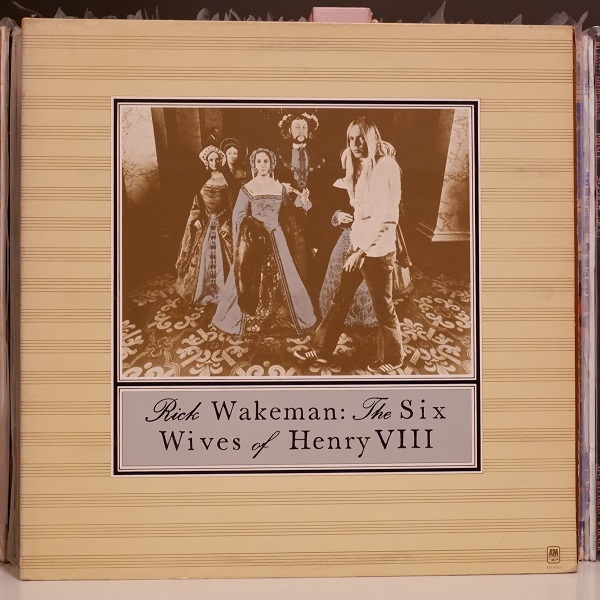 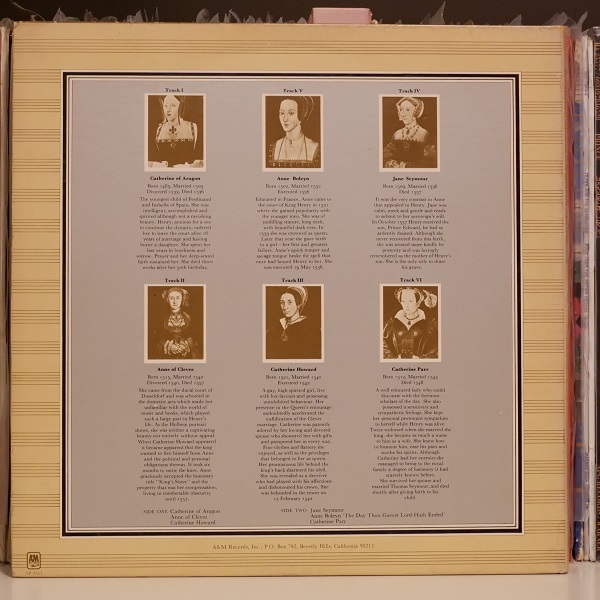 The Six Wives of Henry VIII is the second studio album by English keyboardist Rick Wakeman, released in January 1973 on A&M Records. It is an instrumental progressive rock album with its concept based on his interpretations of the musical characteristics of the wives of Henry VIII. After signing with A&M as a solo artist, Wakeman decided on the album’s concept during a tour of the United States as a member of the rock band Yes. As he read a book about the subject on his travels, melodies he had written the previous year came to him and were noted down. Musicians from Yes and from Strawbs, the group Wakeman was in prior to Yes, also play on the album.

The Six Wives of Henry VIII received mostly positive reviews from critics. It reached number 7 on the UK Albums Chart and number 30 on the Billboard 200 in the United States. It was certified gold by the Recording Industry Association of America in 1975 for over 500,000 copies sold in the United States.