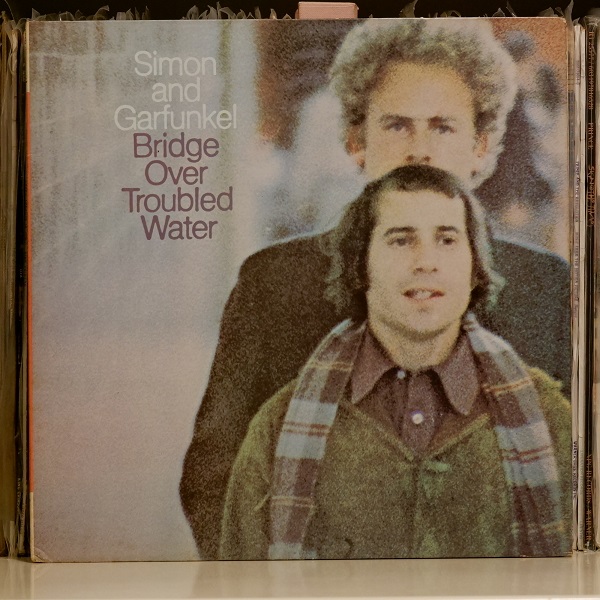 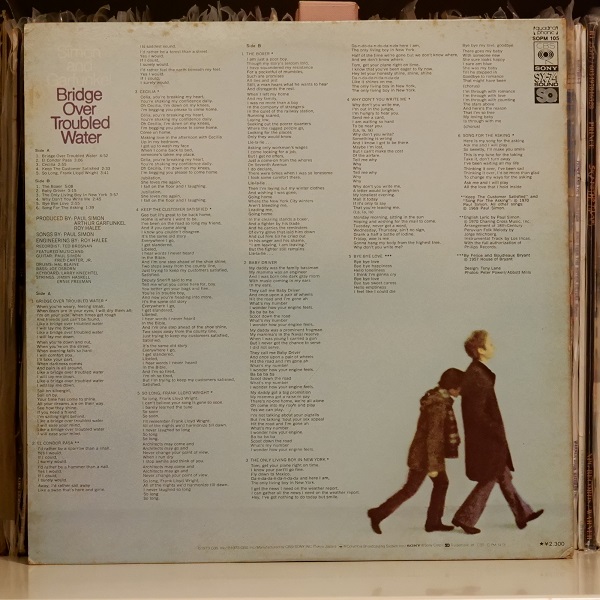 Bridge over Troubled Water is the fifth and final studio album by American folk rock duo Simon & Garfunkel, released in January 1970 on Columbia Records. Following the duo’s soundtrack for The Graduate, Art Garfunkel took an acting role in the film Catch-22, while Paul Simon worked on the songs, writing all tracks except Felice and Boudleaux Bryant’s “Bye Bye Love” (previously a hit for the Everly Brothers).

With the help of producer Roy Halee, the album followed a similar musical pattern as their Bookends LP, partly abandoning their traditional style to incorporate elements of rock, R&B, gospel, jazz, world music, pop and other genres. It was described as their “most effortless record and their most ambitious”.

Bridge over Troubled Water was released on January 26, 1970, and several re-releases followed. The album was mixed and released in both stereo and quadraphonic. C Contemporary critical reception to Bridge was initially mixed, but retrospective reviews of the album have been laudatory, and it is considered by many to be the duo’s best album.

Despite numerous accolades, the duo decided to split up, and parted company later in 1970; Garfunkel continued his film career, while Simon worked intensely with music. Both artists released solo albums in the following years. Bridge includes two of the duo’s most critically acclaimed and commercially successful songs, “Bridge over Troubled Water” and “The Boxer”, which were listed on Rolling Stone‘s 500 Greatest Songs of All Time. Critically and commercially successful, the album topped the charts in over ten countries and received two Grammy Awards, plus four more for the title song. The album sold around 25 million records; making it at the time of release the best-selling album of all time. It has been ranked on several lists, including at number 172 on Rolling Stone‘s 500 Greatest Albums of All Time.

Join Waitlist We will inform you when the product arrives back in stock. Please leave your valid email address below.
SKU: 100161 Categories: Folk, Second-Hand Records, Singer/Songwriter Tags: Folk Pop, Singer/Songwriter

Japanese Pressing with Japanese lyrics inside the gatefold