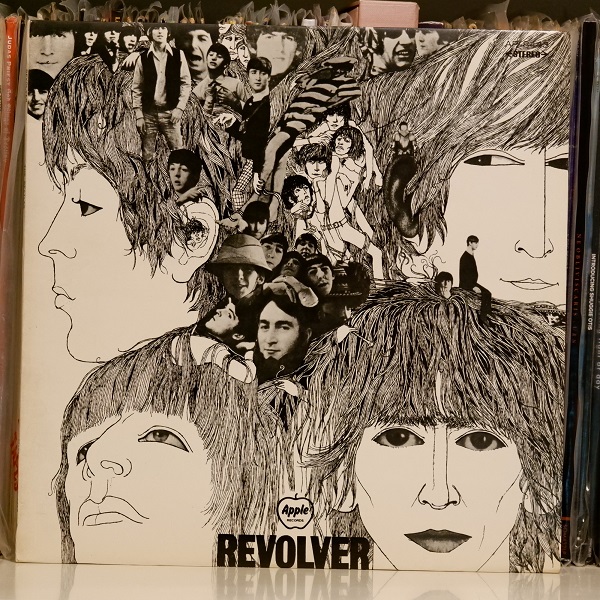 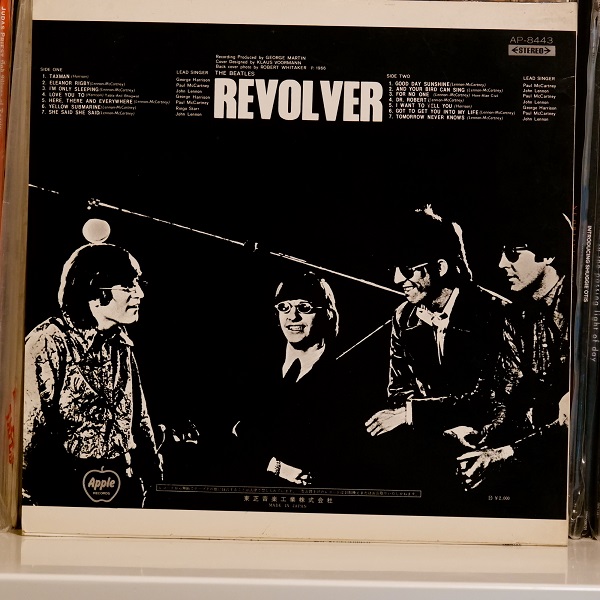 Revolver is the seventh studio album by the English rock band the Beatles. It was released on 5 August 1966, accompanied by the double A-side single “Eleanor Rigby” / “Yellow Submarine”. The album was the Beatles’ final recording project before their retirement as live performers and marked the group’s most overt use of studio technology to date, building on the advances of their late 1965 release Rubber Soul. It has since become regarded as one of the greatest and most innovative albums in the history of popular music, with recognition centred on its range of musical styles, diverse sounds, and lyrical content.

The Beatles recorded Revolver after taking a three-month break at the start of 1966, and during a period when London was feted as the era’s cultural capital. Regarded by some commentators as the start of the group’s psychedelic period, the songs reflect their interest in the drug LSD, Eastern philosophy and the avant-garde while addressing themes such as death and transcendence from material concerns. With no plans to reproduce their new material in concert, the band made liberal use of automatic double tracking, varispeed, reversed tapes, close audio miking, and instruments outside of their standard live set-up. Among its tracks are “Tomorrow Never Knows”, incorporating heavy Indian drone and a collage of tape loops; “Eleanor Rigby”, a song about loneliness featuring a string octet as its only musical backing; and “Love You To”, a foray into Hindustani classical music. The sessions also produced a non-album single, “Paperback Writer” backed with “Rain”.

In the United Kingdom, the album’s 14 tracks were gradually distributed to radio stations in the weeks before its release. In North America, Revolver was reduced to 11 songs by Capitol Records, with the omitted three appearing on the June 1966 LP Yesterday and Today. The release there coincided with the Beatles’ final concert tour and the controversy surrounding John Lennon’s remark that the band had become “more popular than Jesus”. The album topped the Record Retailer chart in the UK for seven weeks and the US Billboard Top LPs list for six weeks. Critical reaction was highly favourable in the UK but less so in the US amid the press’s unease at the band’s outspokenness on contemporary issues.

Revolver expanded the boundaries of pop music, revolutionised standard practices in studio recording, advanced principles espoused by the 1960s counterculture, and inspired the development of psychedelic rock, electronica, progressive rock and world music. The album cover, designed by Klaus Voormann, combined Aubrey Beardsley-inspired line drawing with photo collage and won the 1967 Grammy Award for Best Album Cover, Graphic Arts. Aided by the 1987 international CD release, which standardised its content to the original Parlophone version, Revolver has surpassed Sgt. Pepper’s Lonely Hearts Club Band in many critics’ estimation as the Beatles’ best album. It was ranked first in the 1998 and 2000 editions of Colin Larkin’s book All Time Top 1000 Albums and third in the 2003 and 2012 editions of Rolling Stone magazine’s list of the “500 Greatest Albums of All Time”. It has been certified double platinum by the BPI and 5× platinum by the RIAA.