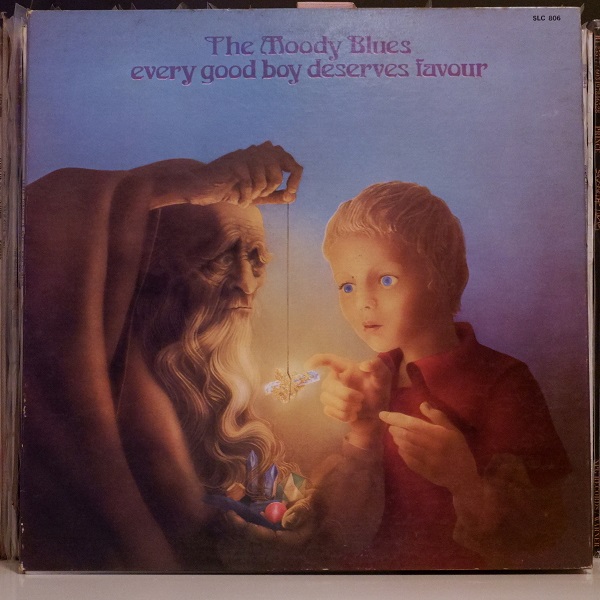 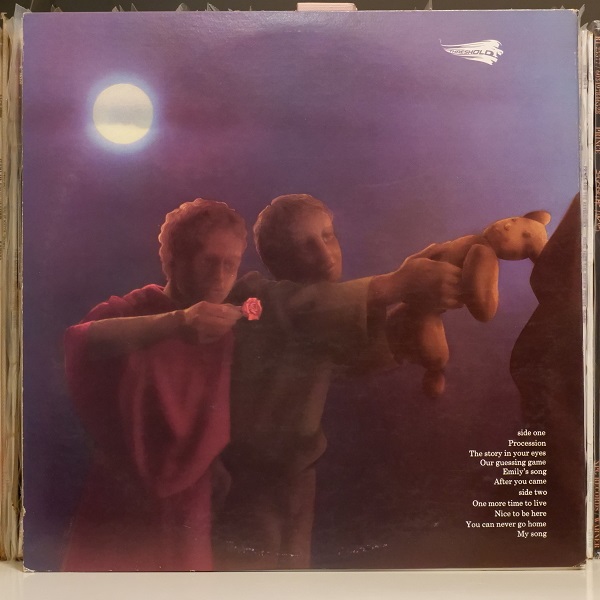 Every Good Boy Deserves Favour is the seventh album by The Moody Blues, released in 1971.

This album featured the only track to be written by all five members of the band. The opening “Procession” was a piece that was intended to describe the history of music from the beginning of time up until the album’s recording. The only three words heard in this track – “desolation,” “creation,” and “communication” – were similarly used (along with many other “-ation” words) in “One More Time to Live.”

The album reached #1 on the British album charts, in addition to a three-week stay at #2 in the United States, and produced one top-40 single, “The Story in Your Eyes.” The track “Emily’s Song” was written by John Lodge for his newborn daughter. Mike Pinder wrote and sang the album’s concluding track “My Song”.

The title is taken from the student mnemonic for the lines of the treble clef: E-G-B-D-F. These notes are heard played on piano during “Procession.”