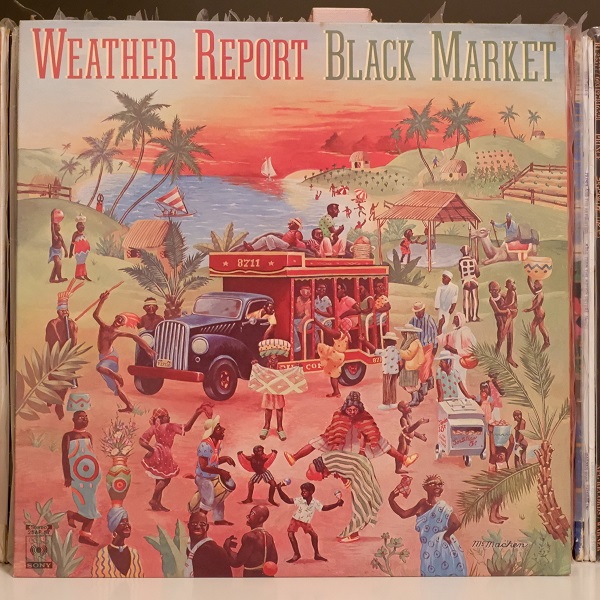 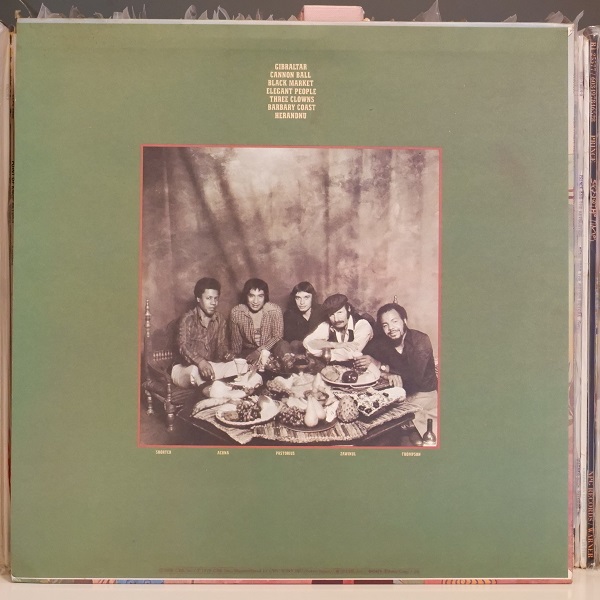 Black Market is an instrumental jazz fusion album released by Weather Report in 1976. This album was produced by Joe Zawinul and Wayne Shorter. It was recorded in December 1975 and released in March 1976 through Columbia Records.

This is Weather Report’s seventh overall album and the first with the bass player Jaco Pastorius who features on two tracks. The back cover photo shows Pastorius, Chester Thompson and Alex Acuña with the band, although Alphonso Johnson played on more than half of the record. The album draws heavily from African influences and its style could be described as “world fusion”. The second track, “Cannon Ball”, is tribute to Zawinul’s then recently deceased former band leader, saxophonist Julian “Cannonball” Adderley.