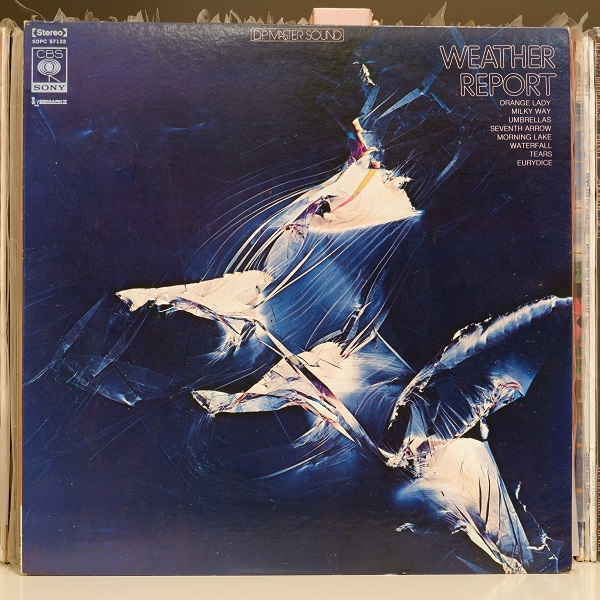 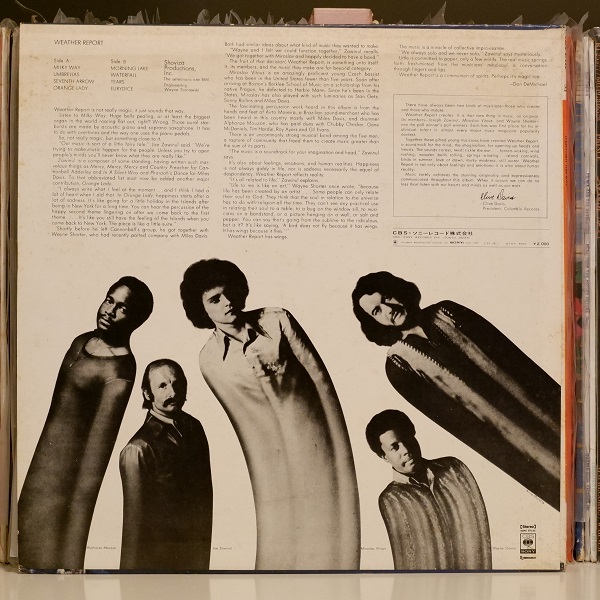 Weather Report is the debut studio album by American jazz-fusion band Weather Report, released on May 12, 1971 by Columbia Records.

Writing on the back sleeve of the album, Clive Davis, the then president of Columbia Records, opines: “There have always been two kinds of musicians-those who create and those who imitate. Weather Report creates. It is that rare thing in music, an original […] Together these gifted young musicians have created Weather Report, a soundtrack for the mind, the imagination, for opening up heads and hearts.”

Reviewing in Christgau’s Record Guide: Rock Albums of the Seventies (1981), Robert Christgau called the album “In a Silent Way played mostly for atmosphere”, and went on to write: “The Milesian demi-jazz of side two sounds pretty finky (no misprint intended), but the tone-poem impressionism of side one does its mysterious work. Highlight: the opening mood piece, ‘Milky Way,’ in which two Silent Way vets, soprano saxophonist Wayne Shorter and pianist Joe Zawinul, make sounds that suggest a carillon approaching a time warp.”