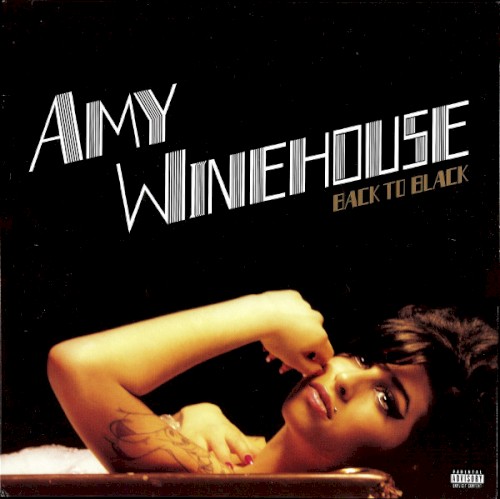 Amy Winehouse – Back to Black

Back to Black is the second and final studio album by English singer and songwriter Amy Winehouse, released on 27 October 2006 by Island Records. Winehouse predominantly based the album on her tumultuous relationship with then-ex-boyfriend and future husband Blake Fielder-Civil, who temporarily left her to pursue his previous ex-girlfriend. Their short-lived separation spurred her to create an album that explores themes of guilt, grief, infidelity, heartbreak and trauma in a relationship.

Influenced by the pop and soul music of 1960s girl groups, Winehouse collaborated with producers Salaam Remi and Mark Ronson, along with Sharon Jones’ band The Dap-Kings, to assist her on capturing the sounds from that time period while blending them with contemporary R&B and neo-soul music. Between 2005 and 2006, she recorded the album’s songs with Remi at Instrumental Zoo Studios in Miami and then with Ronson and the Dap-Kings at Chung King Studios and Daptone Records in New York. Tom Elmhirst mixed the album at Metropolis Studios in London.

Back to Black was acclaimed by music critics, who praised Winehouse’s songwriting and emotive singing style as well as Remi and Ronson’s production. The album spawned five singles: “Rehab”, “You Know I’m No Good”, “Back to Black”, “Tears Dry on Their Own” and “Love Is a Losing Game”. It has also been cited as being a key influence to the widespread popularity of British soul throughout the late 2000s, paving the musical landscape for artists such as Adele, Duffy, and Estelle.

At the 2008 Grammy Awards, Back to Black won Best Pop Vocal Album and was also nominated for Album of the Year. At the same ceremony, Winehouse won four additional awards, tying her with five other artists as the second-most awarded female in a single ceremony. The album was also nominated at the 2007 Brit Awards for MasterCard British Album and was shortlisted for the 2007 Mercury Prize. Back to Black sold 3.58 million copies in the UK alone, becoming the UK’s second best-selling album of the 21st century so far. The album has sold over 16 million copies worldwide.

A deluxe edition of Back to Black was released in November 2007, containing a bonus disc of B-sides and live tracks. Winehouse’s debut DVD I Told You I Was Trouble: Live in London, released that same month, includes a live set recorded at Shepherd’s Bush Empire in London and a 50-minute documentary detailing the singer’s career over the previous four years. In 2020, Back to Black was ranked at number 33 on Rolling Stone’s list of the “500 Greatest Albums of All Time”.