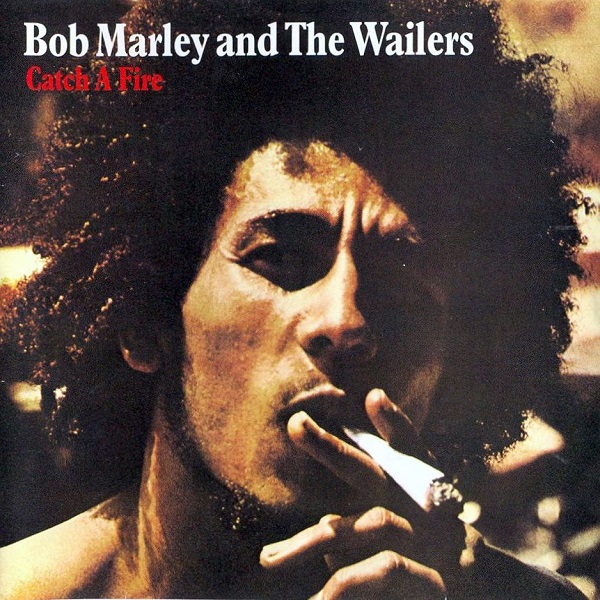 Catch a Fire is the fifth studio album by the reggae band Bob Marley and the Wailers, released in April 1973. It was their first album released by Island Records. After finishing a tour in the United Kingdom with Johnny Nash, the band did not have enough money to return to Jamaica; they approached producer Chris Blackwell, who agreed to advance the Wailers money for an album and paid their fares back home, where they recorded Catch a Fire. The album has nine songs, two of which were written and composed by Peter Tosh, the remaining seven were by Bob Marley. After Marley returned with the tapes to London, Blackwell reworked the tracks at Island Studios with contributions by Muscle Shoals session musician Wayne Perkins, who played guitar on three overdubbed tracks. The album had a limited original release under the name The Wailers in a sleeve depicting a Zippo lighter, designed by graphic artists Rod Dyer and Bob Weiner; subsequent releases had an alternative cover designed by John Bonis featuring an Esther Anderson portrait of Marley smoking a “spliff”, and used the name Bob Marley and the Wailers.

The Catch a Fire Tour, which covered England and the United States, helped generate international interest in the band. Catch a Fire peaked at number 171 on the Billboard 200 and number 51 on the Billboard Black Albums charts. Critical acclaim has included the album being listed at number 126 on Rolling Stone’s 500 Greatest Albums of All Time, second only to Legend among five Bob Marley albums on the list. It is regarded as one of the top reggae albums of all time.

Join Waitlist We will inform you when the product arrives back in stock. Please leave your valid email address below.
SKU: 200310 Categories: New Records, Rock Tag: Roots Reggae