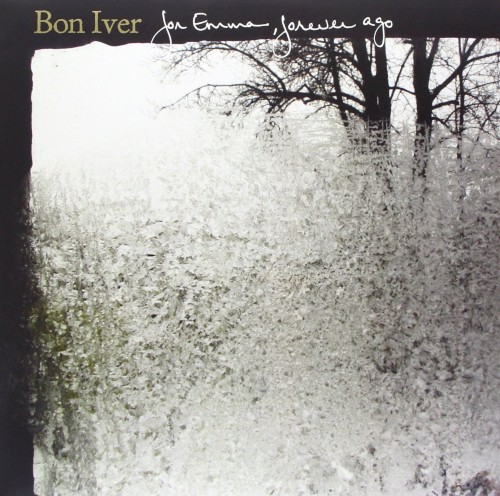 Bon Iver – For Emma, Forever Ago

For Emma, Forever Ago is the debut studio album by American indie folk band Bon Iver. It was first self-released in July 2007, and later saw wide release on the Jagjaguwar label in February 2008. The album is principally the work of singer-songwriter Justin Vernon. While living in Raleigh, North Carolina, Vernon fell ill with mononucleosis and a liver infection, and grew frustrated with his songwriting and life. He left Raleigh and drove to his father’s remote hunting cabin an hour northwest of his hometown, Eau Claire, Wisconsin, hoping to be alone.

The album was recorded at the cabin between late 2006 to early 2007. Vernon abandoned his old songwriting methods and instead focused on wordless melodies that he later set to words, which he felt evoked a more subconscious meaning. The record’s lyrical subjects include lost love and mediocrity. His folk-infused songs include heavy choral arrangements, featuring Vernon’s falsetto, and horns. He hunted his own food and spent much of his time isolated. Though he did not intend to make an album, he received strong encouragements from friends and decided to self-release For Emma, Forever Ago in July 2007. After several performances and online exposure, he was signed to Jagjaguwar later that year.

For Emma, Forever Ago attracted wide acclaim from music critics, achieving a spot on dozens of end-of-the-year lists, as well as several awards. It became a major commercial success for Jagjaguwar, an independent label, and has been certified platinum by the Recording Industry Association of America (RIAA), for combined sales, streaming and track-sales equivalent of over one million units. “Skinny Love” became the album’s best-performing single and also went gold. Vernon gathered together several musicians to form a band to tour with. The album’s touring cycle lasted two years, ending in late 2009, and visited several countries and music festivals worldwide. In 2020, it was ranked 461 on Rolling Stone‘s list of the greatest albums of all time.

Join Waitlist We will inform you when the product arrives back in stock. Please leave your valid email address below.
SKU: 200328 Categories: Folk, New Records, Singer/Songwriter Tags: Indie Folk, Singer/Songwriter