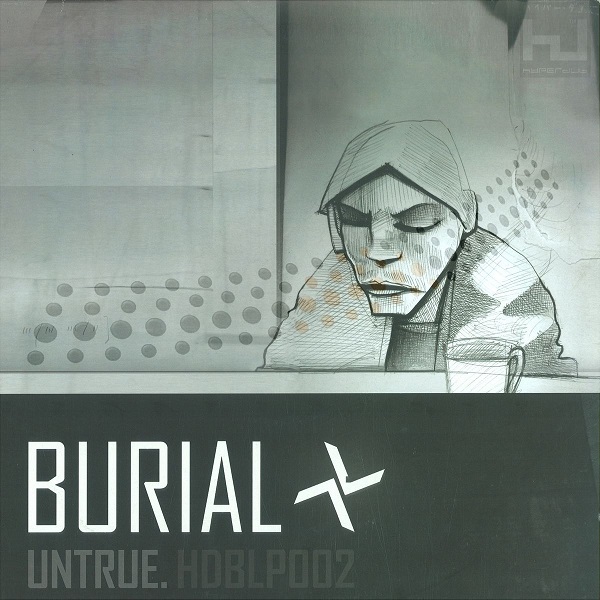 Untrue is the second studio album by British electronic music producer Burial. Released on 5 November 2007 by Hyperdub, the album was produced by Burial in 2007 using the digital audio editing software Sound Forge. Untrue builds on the sound established by Burial on his eponymous debut album from the previous year, notably through its more prominent use of pitch-shifted and time-stretched vocal samples. The album, like Burial’s previous work, also draws on influences from UK garage, ambient, and hardcore music.

Untrue received widespread acclaim from critics, who praised Burial’s production style on the album and generally hailed it as a progression and improvement over his prior musical output. It placed on the albums charts of Belgium and the United Kingdom and produced two singles, “Archangel” and “Ghost Hardware”. Untrue later appeared in several publications’ lists of the year’s best albums, and received nominations for the Mercury Prize and the Shortlist Music Prize.

In the years following its release, Untrue has since been viewed as a landmark album in the dubstep genre, and in electronic music in general. In a 2017 article, Pitchfork called the album “the most important electronic album of the century so far.”

Join Waitlist We will inform you when the product arrives back in stock. Please leave your valid email address below.
SKU: 200047 Categories: Hip Hop, New Records Tag: Dubstep