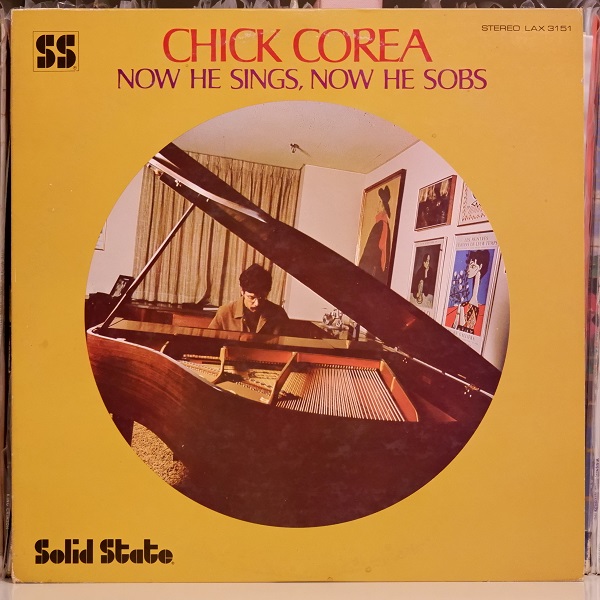 Now He Sings, Now He Sobs is the second album by Chick Corea, released in December 1968 on Solid State Records.

The album features a trio consisting of Corea on acoustic piano, bassist Miroslav Vitouš, and drummer Roy Haynes. All of the tracks on the original album are improvisations based on Corea’s ideas, with some being entirely free improvisations (such as “The Law of Falling and Catching Up” and “Fragments”). Vitous and Haynes would reunite with Corea as an acoustic trio on Trio Music (ECM, 1982), Trio Music, Live in Europe (ECM, 1986), and The Trio Live From The Country Club (Stretch, 1996).