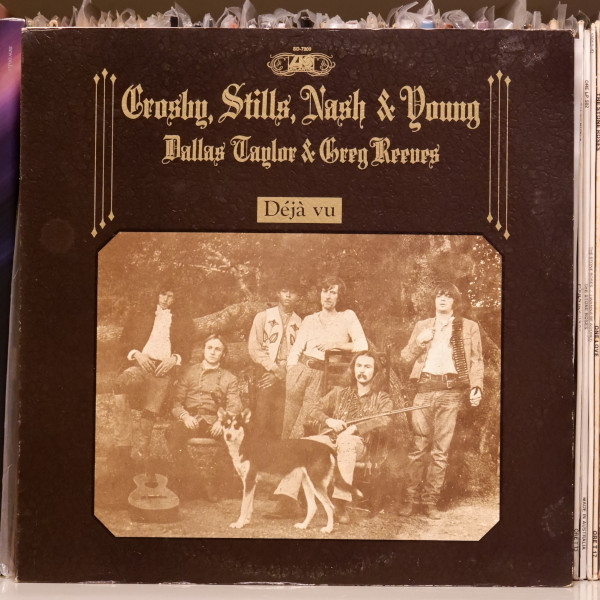 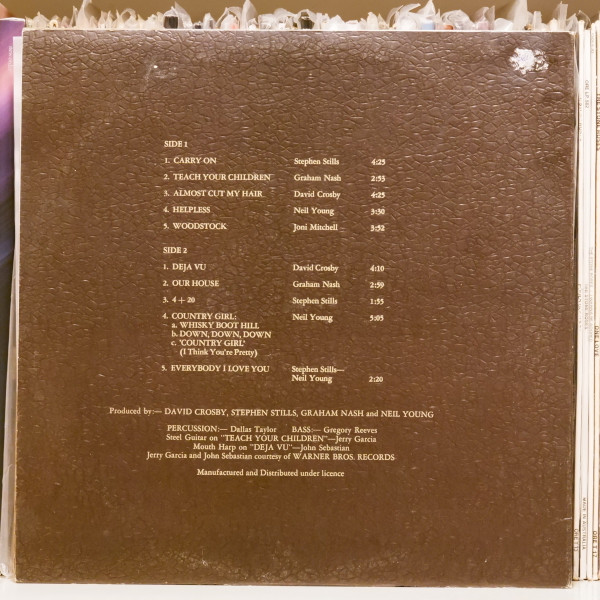 Déjà Vu is the second studio album by Crosby, Stills & Nash, and their first as a quartet with Neil Young. It was released in March 1970 by Atlantic Records. It topped the pop album chart for one week and generated three Top 40 singles: “Woodstock”, “Teach Your Children”, and “Our House”. It was re-released in 1977 and an expanded edition was released in 2021 to mark its fiftieth anniversary. In 2003, the album was ranked No. 148 on Rolling Stone magazine’s list of the 500 greatest albums of all time. Certified 7x platinum by RIAA, the album’s sales currently sit at over 8 million copies. It remains the highest-selling album of each member’s career to date.

Join Waitlist We will inform you when the product arrives back in stock. Please leave your valid email address below.
SKU: 100186 Categories: Folk, Rock, Second-Hand Records Tag: Folk Rock