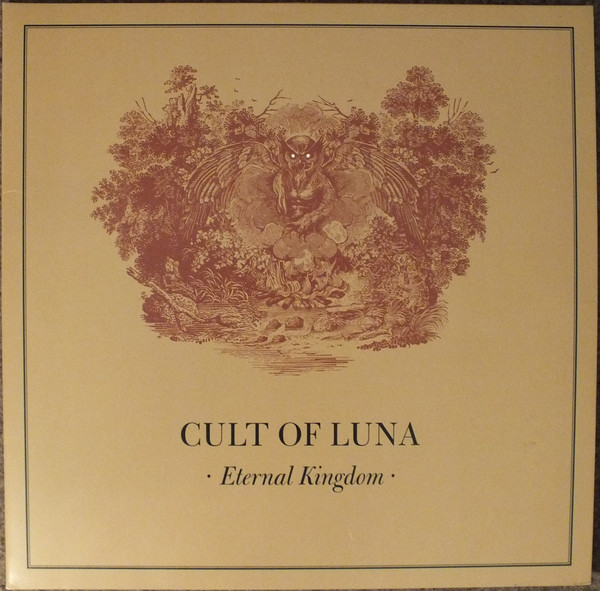 Eternal Kingdom is the fifth full-length album from the Swedish post-metal band Cult of Luna. It was released in 2008 on Earache Records like the band’s previous three albums. The album was recorded at Tonteknik Studios in Umeå where the band originates from between February to April 2008.

On June 26 it debuted at #47 on the Swedish album chart, and in 2009 the band were nominated for a Grammisgalan in the category Best Rock Band.

The album is said to be heavier than the band’s previous efforts and has a much darker tone.

The band’s guitarist, Erik Olofsson, has said the following about the new album: “It is with great ambition and struggle we have created a very heavy album. The sound is strong and progressive. Our compositions do not hold back on anything this time!”