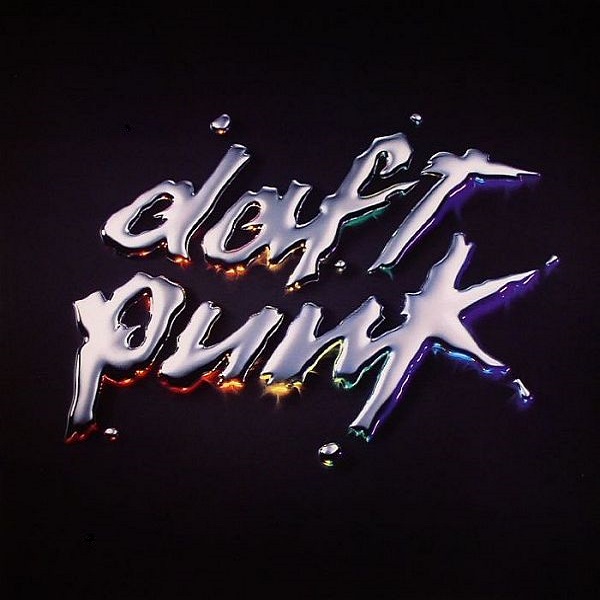 Discovery is the second studio album by French electronic music duo Daft Punk, released internationally 12 March 2001 by Virgin Records. It marks a shift from the Chicago house sound prevalent on their first studio record, Homework (1997), to a house style more heavily inspired by disco, post-disco, garage house, and R&B. Comparing their stylistic approach to their previous album, band member Thomas Bangalter described Discovery as an exploration of song structures and musical forms whereas Homework was “raw” electronic music. He also described Discovery as a reflection of the duo’s childhood memories, when they listened to music with a more playful and innocent viewpoint.

The album was recorded at Bangalter’s home in Paris between 1998 and 2000. The album features extensive sampling; some samples are from older records, while others were recorded by Daft Punk playing live instruments themselves. Fellow electronic musicians Romanthony, Todd Edwards, and DJ Sneak collaborated on some tracks both musically and lyrically. For the album’s music videos, the group developed a concept involving the merging of science fiction with the entertainment industry. Inspired by their childhood love for Japanese anime, the duo collaborated with Leiji Matsumoto to produce Interstella 5555: The 5tory of the 5ecret 5tar 5ystem, an anime film with the entirety of Discovery as the soundtrack. The film features no dialogue, with few sound effects.

In the lead-up to Discovery‘s release, the duo adopted robot costumes, claiming they had become robots as a result of an accident in their studio. They also launched Daft Club, a website which featured exclusive tracks and other bonus material. Discovery was a critical and commercial success, peaking high across several charts internationally on release. Critics praised Daft Punk for innovating the house music scene as they had done with Homework. The album produced six singles; “One More Time” was its most successful, and became a club hit. In 2020, Rolling Stone included Discovery at number 236 in its updated list of “The 500 Greatest Albums of All Time”.