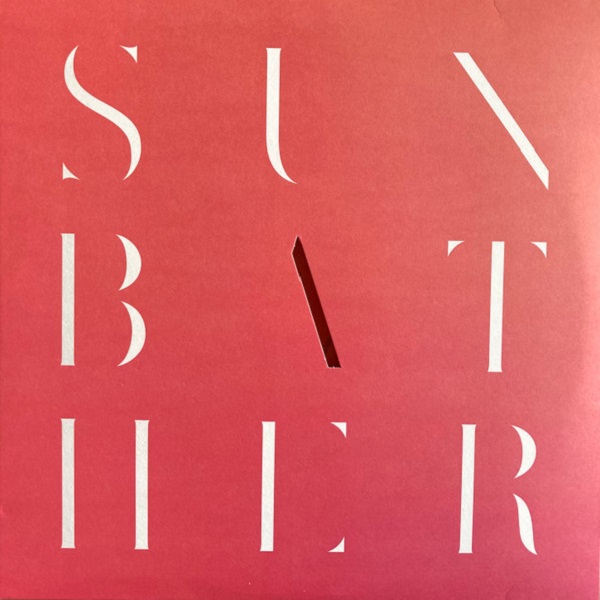 Sunbather is the second studio album by the American metal band Deafheaven. After the release of their debut record Roads to Judah, the then two piece group consisting of George Clarke and Kerry McCoy began work on Sunbather under the label Deathwish and recorded in several days in January 2013. The recording process brought a third member into the fold with drummer Dan Tracy who would go on to become a permanent fixture of the band. The album was recorded in The Atomic Garden Recording Studio, owned by Jack Shirley who had been a long time producer of the band.

Although Deafheaven had been strongly influenced by black metal as well as other diverse metal acts, their music drew comparisons from music critics to shoegaze, post-rock, and alternative rock sounds. This trend was further continued on Sunbather. The melancholic songs featured in the album include Wall of Sound arrangements that are found in many shoegazing and post-rock acts, producing dense sounds that sometimes breakdown into slower, melodic parts that are then topped with vocalist George Clarke’s reverb-soaked screaming style singing of lyrics. The album also contains a few interludes that include sampling, field recording, and droning.

Sunbather was released in June 2013 and received universal critical acclaim, with Metacritic acknowledging it as “the best-reviewed major album” of the year.

Join Waitlist We will inform you when the product arrives back in stock. Please leave your valid email address below.
SKU: 200148 Categories: Metal, New Records Tags: Blackgaze, Post-Metal