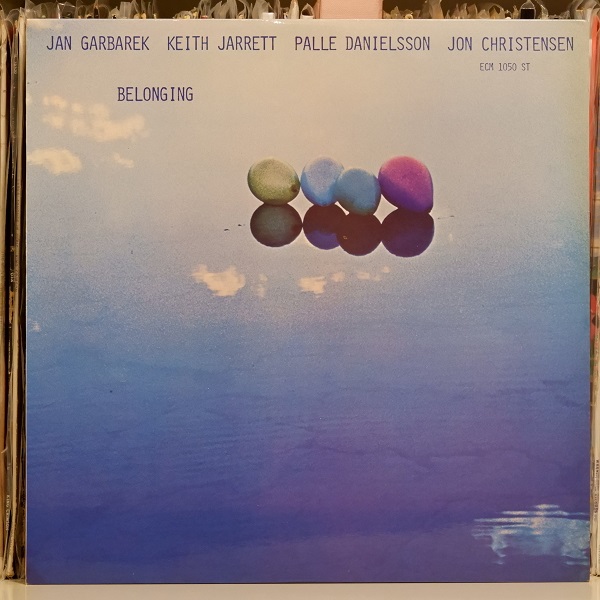 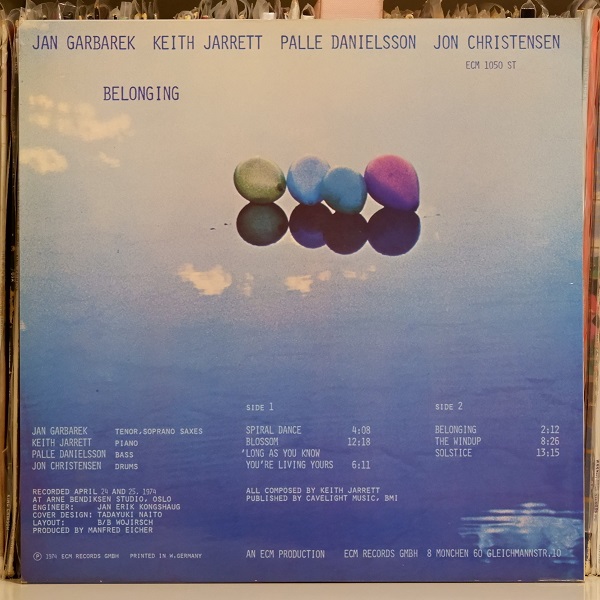 Belonging is an album by American pianist Keith Jarrett which was released on the ECM label in 1974. It is the first album by Jarrett’s so-called ‘European Quartet’ featuring Jan Garbarek, Palle Danielsson and Jon Christensen. Because Jarrett’s contract with ABC/Impulse! prevented him from performing with the quartet under his own name, the group became known as the “Belonging” quartet.

Jarrett was known for valuing spontaneity over technical perfection, and, according to producer Manfred Eicher, refused to record more than one take of the title piece, thus goading the musicians to a high level of concentration. Garbarek later recalled that he had never recorded a piece so quickly, and with such minimal rehearsal.