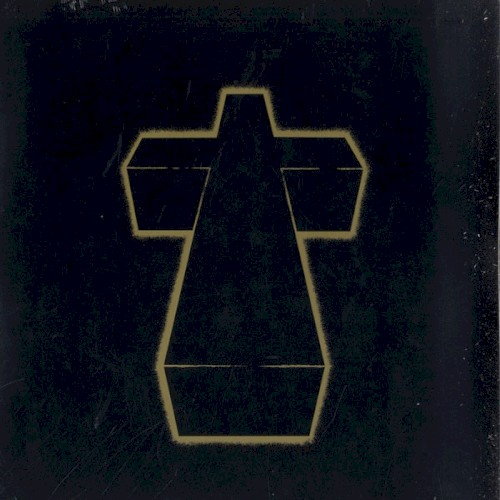 Cross (stylized as †; titled Justice on digital platforms) is the debut studio album by French electronic music duo Justice. It was first released digitally on 11 June 2007, and later on 18 June through Ed Banger Records and Because Music in most countries and Vice Records in the United States.

Recorded during 2005 and 2006 in Paris, Cross was composed as an “opera-disco” album. It features many samples and “microsamples” throughout, with about 400 albums being used as sampled material. The song “D.A.N.C.E.” is a tribute to Michael Jackson. French musician Mehdi Pinson appears on “DVNO”, and vocalist Uffie appears on “Tthhee Ppaarrttyy”. The album was supported by the singles “Waters of Nazareth”, “D.A.N.C.E.”, “DVNO”, “Phantom Pt. II”, and “Tthhee Ppaarrttyy”. A controversial music video was also released for “Stress”.

Cross received critical acclaim and was a commercial success, reaching number 11 on the French albums chart and number one on the UK and US dance album charts. The album was nominated for Best Electronic/Dance Album and “D.A.N.C.E.” was nominated for Best Dance Recording and Best Video at the 50th Annual Grammy Awards. Cross was later certified gold in the UK on 9 December 2011, for passing shipments of 100,000 copies. As of 2011, sales in the United States have exceeded 134,000 copies, according to Nielsen SoundScan. In 2012 it was awarded a diamond certification from the Independent Music Companies Association which indicated sales of at least 200,000 copies throughout Europe.