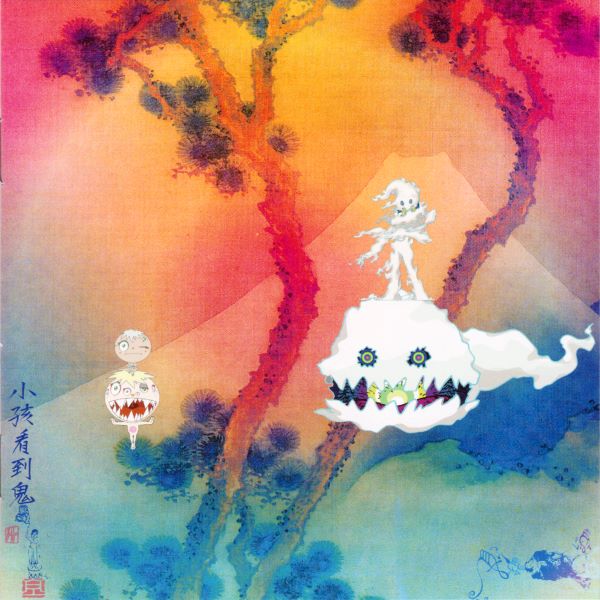 Kids See Ghosts is the eponymous debut studio album by American hip hop duo Kids See Ghosts, composed of rapper-producers Kanye West and Kid Cudi. It was released on June 8, 2018, through Wicked Awesome Records and GOOD Music, and distributed by Def Jam Recordings. Prior to the release, West and Cudi had collaborated on each others’ work since 2008, although they experienced personal quarrels due to creative differences. The first studio sessions for the album began after the two reunited in late 2016.

Guest contributions are included on Kids See Ghosts from Pusha T, Yasiin Bey, and Ty Dolla Sign, as well as a vocal sample of Louis Prima, who is credited posthumously as a featured artist. Kids See Ghosts handled the majority of the stylistically fragmented production that includes varying elements, with further contributions by Dot da Genius, Mike Dean, and Plain Pat, among others. The album was the third of five records produced by West in Jackson Hole as a part of the “Wyoming Sessions”, each being released weekly in the summer of 2018. It succeeded the release of Pusha T’s Daytona and West’s Ye, while preceded the release of Nas’ Nasir and Teyana Taylor’s K.T.S.E.

Commentators noted the genre of Kids See Ghosts as a fusion of psychedelic and hip hop. The lyrical content includes references to mental health issues, which both West and Cudi had suffered from previously. The cover art was designed by Japanese contemporary artist Takashi Murakami; he based it on Hokusai’s landscape print series, Thirty-six Views of Mount Fuji. The album received widespread acclaim from music critics, who generally pointed out the chemistry of West and Cudi in praise, while some noted an improvement from West’s past work. It was named to year-end lists for 2018 of many publications, including GQ Russia and Pitchfork.

In the United States, Kids See Ghosts debuted at number two on the Billboard 200 in 2018, alongside entering atop the Top R&B/Hip-Hop Albums chart. It attained top-10 positions in nine other countries, such as Canada and the United Kingdom. The album has since been certified gold and silver in the US and the UK by the Recording Industry Association of America (RIAA) and the British Phonographic Industry (BPI), respectively. Kids See Ghosts performed live for it at the 2018 Camp Flog Gnaw Carnival and the 2019 Coachella Valley Music and Arts Festival.