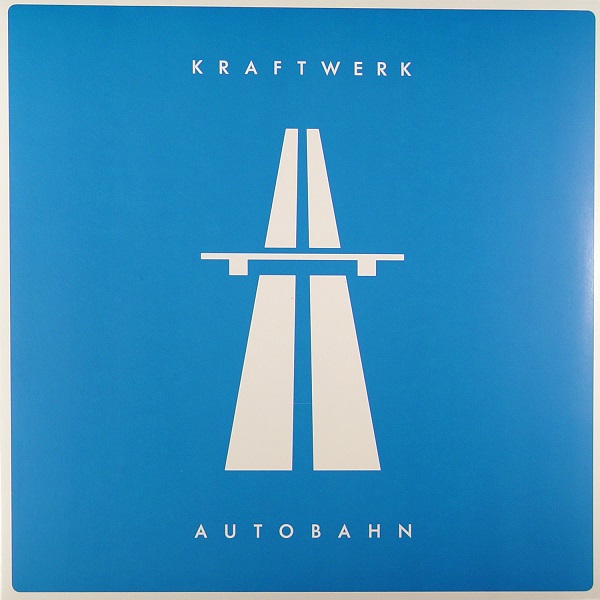 Autobahn is a 1974 studio album by the German music group Kraftwerk. The album was released in November 1974 on Philips Records in Germany. Their fourth album, the music of Autobahn marked several changes in the band: initially, a duo consisting of Florian Schneider and Ralf Hütter, the group added Klaus Röder on guitar and flute and Wolfgang Flür on percussion. The musical style of the band also changed from a primarily Krautrock style to an electronic pop style marked by mostly electronic music made on synthesizers and drum machines. The album was initially started at their own studio called Kling Klang but was predominantly made at Conny Plank’s studio. The album was also included lyrics and a new look for the group suggested by an associate of Schneider and Hütter, Emil Schult.

Most of the album is taken up by the track “Autobahn”, a 22 minute and 30 second long track with lyrics by Schneider, Hütter, and Schult. The song was inspired by the group’s joy of driving on the Autobahn highways in Germany, and recorded music that reflected a trip emulating the sounds and tones of the trip. The album was released to little press on its initial release in West Germany. After a single for “Autobahn” was released, it received airplay at a Chicago radio station, leading it to spread across the country making it an international hit and Kraftwerk’s first release of their music in the United States in 1975. The success of the song led to the band touring the United States with their new member Karl Bartos who would replace Roeder, followed by a tour of the United Kingdom.

Initial reception to Autobahn was mixed, where it received negative reviews from Rolling Stone and Village Voice‘s critic Robert Christgau who felt the music was inferior to other earlier electronic music from Wendy Carlos and Mike Oldfield respectively. Other critics form newspapers found the track “Autobahn” hypnotic and arresting in how it showcased the imagery of riding on the Autobahn through music. Critics from the Fort Worth Star-Telegram and Newsday included the album in their “Honorable Mentions” sections for their year-end lists. Later reception has been more unanimously enthusiastic, with Simon Witter writing in the NME that the album was of “enormous historical significance” and by Simon Reynolds declaring that Autobahn is where their music really starts to matter. Musicians who would produce music in the 1970s and 1980s would cite the album as a major influence including David Bowie.