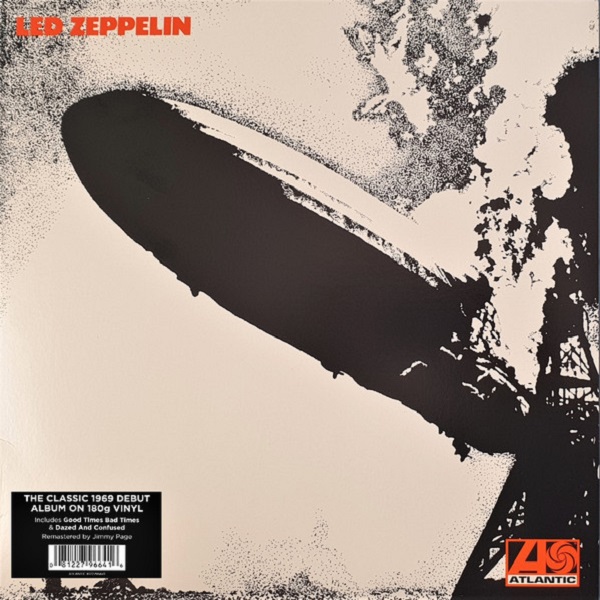 The album was recorded in September and October 1968 at Olympic Studios in London, shortly after the band’s formation. It contains a mix of original material worked out in the first rehearsals, and remakes and rearrangements of contemporary blues and folk songs. The sessions took place before the group had secured a recording contract and totalled 36 hours; they were paid for directly by Jimmy Page, the group’s founder, leader and guitarist, and Led Zeppelin’s manager Peter Grant and cost £1,782 (equivalent to £29,546 in 2019) to complete. They were produced by Page, who as a musician was joined by band members Robert Plant (lead vocals, harmonica), John Paul Jones (bass, keyboards), and John Bonham (drums). Percussionist Viram Jasani appears as a guest on one track. The tracks were mixed by Page’s childhood friend Glyn Johns, and the iconic album cover showing the Hindenburg disaster was designed by George Hardie.

Led Zeppelin showed the group’s fusion of blues and rock, and their take on the emerging hard rock sound was immediately commercially successful in both the UK and US, reaching the top 10 on album charts in both countries, as well as several others, while it reached number one in Spain’s albums chart. Many of the songs were longer and not well suited to be released as singles for radio airplay; Page was reluctant to release “singles”, so only “Good Times Bad Times”, backed with “Communication Breakdown”, was released outside of the UK. However, due to exposure on album-oriented rock radio stations, and growth in popularity of the band, many of the album’s songs have become classic rock radio staples.