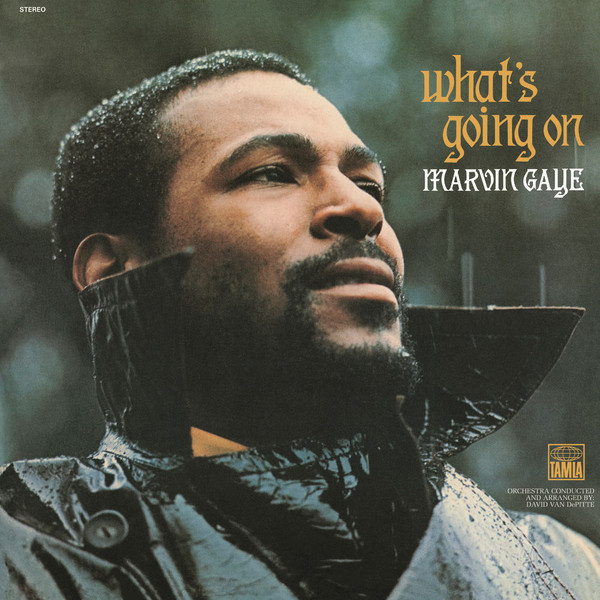 What’s Going On is the eleventh studio album by American soul singer, songwriter, and producer Marvin Gaye. It was released on May 21, 1971, by the Motown Records subsidiary label Tamla. Recorded between 1970 and 1971 in sessions at Hitsville U.S.A., Golden World, and United Sound Studios in Detroit, and at The Sound Factory in West Hollywood, California, it was Gaye’s first album to credit him as a producer and to credit Motown’s in-house studio band, the session musicians known as the Funk Brothers.

What’s Going On is a concept album with most of its songs segueing into the next and has been categorized as a song cycle. The narrative established by the songs is told from the point of view of a Vietnam veteran returning to his home country to witness hatred, suffering, and injustice. Gaye’s introspective lyrics explore themes of drug abuse, poverty, and the Vietnam War. He has also been credited with promoting awareness of ecological issues before the public outcry over them had become prominent.

The album was an immediate commercial and critical success, and came to be viewed by music historians as a classic of 1970s soul. In 2001, a deluxe edition of the album was released, featuring a recording of Gaye’s May 1972 concert at the Kennedy Center in Washington, D.C.