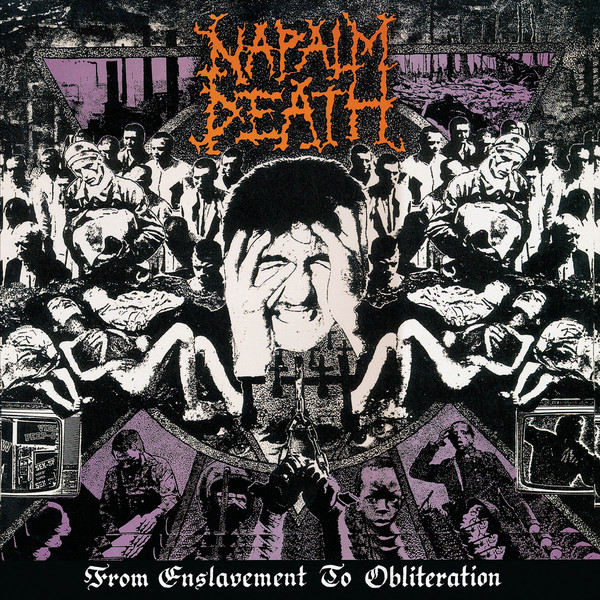 Napalm Death – From Enslavement to Obliteration

From Enslavement to Obliteration is the second studio album by English grindcore band Napalm Death, released in 1988. It is the final studio album with vocalist Lee Dorrian and guitarist Bill Steer, and the first to feature bassist Shane Embury, the band’s longest-tenured member. A remastered version was released on 2 April 2012.

In 2009 From Enslavement to Obliteration was ranked number 1 in Terrorizer’s list of essential European grindcore albums. Writer Jonathan Horsley described it as marking “the genre’s perilous rite of passage through Britain’s post-industrial urban landscape.” Classic Rock reviewer remarked how the stable line-up brought “new maturity and coherence” and reminded that “for an all-too-brief moment in time, this album could lay claim to being the most extreme collection of songs ever recorded”.

In 2017, Rolling Stone ranked From Enslavement to Obliteration as 59th on their list of ‘The 100 Greatest Metal Albums of All Time.’