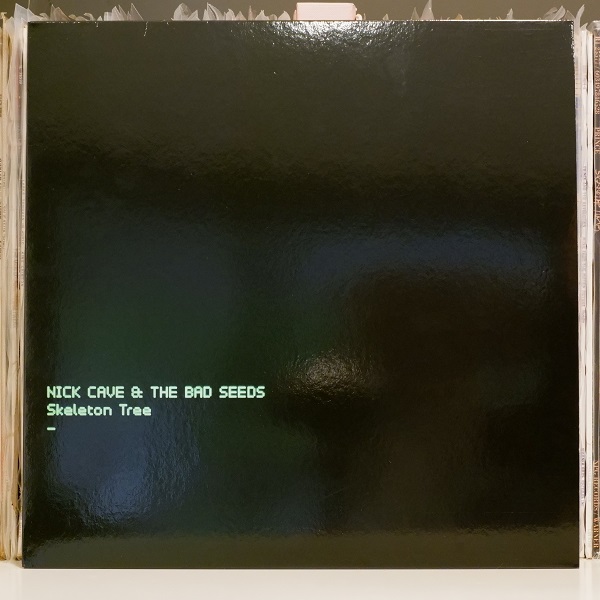 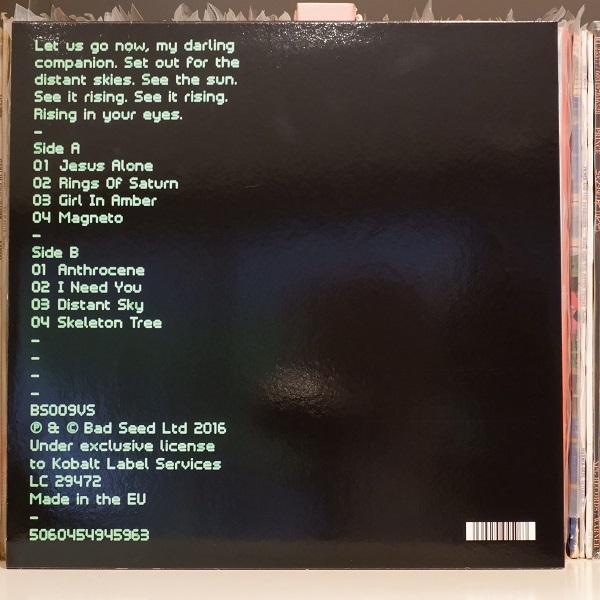 Skeleton Tree is the sixteenth studio album by Australian rock band Nick Cave and the Bad Seeds. It was released on 9 September, 2016 on Bad Seed Ltd. A follow-up to the band’s critically acclaimed album Push the Sky Away (2013), Skeleton Tree was recorded over 18 months at Retreat Recording Studios in Brighton, La Frette Studios in La Frette-sur-Seine and Air Studios in London. It was produced by Nick Cave, Warren Ellis and Nick Launay. During the sessions, Cave’s 15-year-old son, Arthur, died from an accidental cliff fall. Most of the album had been written at the time of Cave’s son’s death, but several lyrics were amended by Cave during subsequent recording sessions and feature themes of death, loss, and personal grief.

Skeleton Tree‘s minimal production and “less polished” sound incorporates elements of electronica and ambient music and, like Push the Sky Away, features extensive use of synthesizers, drum machines and loops. Several songs on the album utilise avant-garde techniques, including the use of dissonant musical elements and non-standard song structures. Cave’s allegorical and often-improvised lyrics have also been noted to be less narrative and character-based than on previous Bad Seeds albums.

One More Time with Feeling, a documentary film about the aftermath of Cave’s son’s death and the recording process of Skeleton Tree, accompanied the album’s release. Directed by Andrew Dominik, the film received a limited release and was conceived by Cave to explain the context and themes of Skeleton Tree without conducting interviews with the media. Both the film and the album received widespread critical acclaim.

The vinyl is perfect.