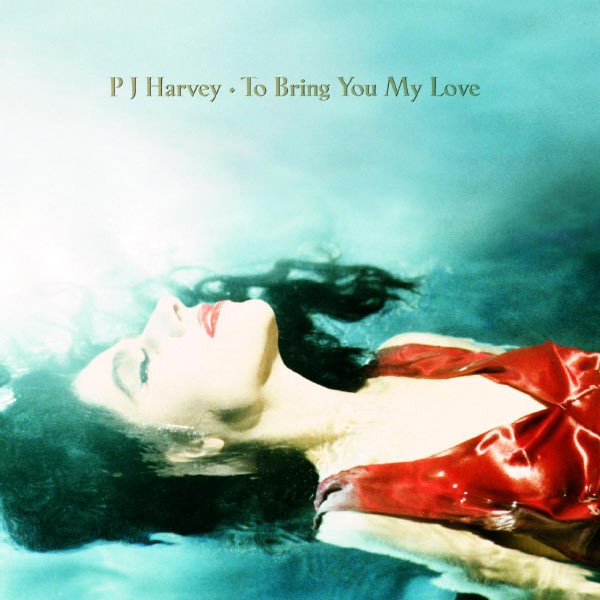 PJ Harvey – To Bring You My Love

To Bring You My Love is the third studio album by English alternative rock musician PJ Harvey. It was released by Island Records in February 1995. Recorded after the break-up of the PJ Harvey trio, it stands as her first proper solo album. The songs on the album are heavily influenced by American blues music.

Harvey co-produced the record with Flood and John Parish. To Bring You My Love would be the first of Harvey’s many collaborations with Flood and Parish. The music on the album was played largely by Harvey and Parish, with contributions from seasoned musicians Joe Gore, Mick Harvey, Jean-Marc Butty, and others. Many of the musicians who appeared on the album joined Harvey on tour to support it in 1995.

To Bring You My Love is considered to be PJ Harvey’s breakthrough. It garnered massive critical acclaim worldwide and became her best-selling album. The single “Down by the Water” received extensive airplay on radio and on MTV. The album was placed on Rolling Stone magazine’s original list of the 500 greatest albums of all time.

Join Waitlist We will inform you when the product arrives back in stock. Please leave your valid email address below.
SKU: 200063 Categories: New Records, Rock Tags: Alternative Rock, Singer/Songwriter