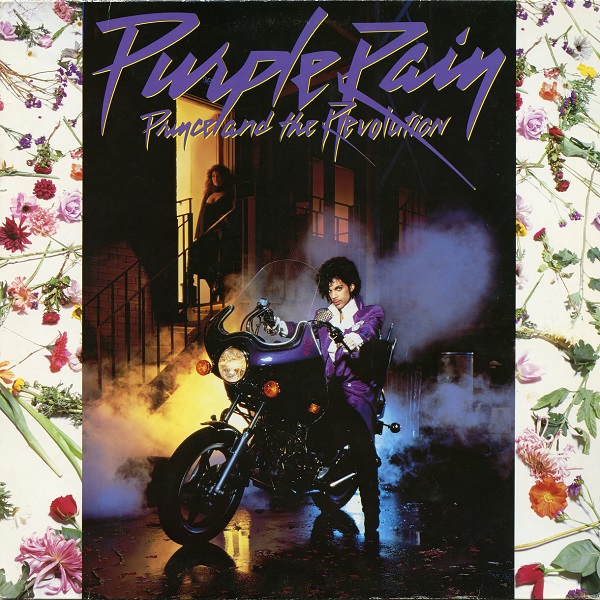 Purple Rain is the sixth studio album by American recording artist Prince, released on June 25, 1984, by Warner Bros. Records and the soundtrack to the 1984 film of the same name. The album credit’s the production, arrangement, compositions and performance to Prince and his backing back the Revolution. It’s noted for being musically denser than Prince’s previous albums, emphasizing full band performances, and multiple layers of guitars, keyboards, electronic synthesizer effects, drum machines, and other instruments. Themes on the album include love, sex, religion, and hope.

Much of the album had a grandiose, synthesized, and psychedelic sheen to the production and performances. The music on Purple Rain is generally regarded as the most pop-oriented of Prince’s career, though a number of elements point towards the more experimental records Prince would release after Purple Rain. The music video for the album’s lead single “When Doves Cry” sparked controversy among network executives, who thought its sexual nature was too explicit for television. The risqué lyrics of “Darling Nikki” raised complaints from Tipper Gore and the Parents Music Resource Center and contributed to the implementation of Parental Advisory stickers and imprints on album covers.

Purple Rain became Prince’s first album to reach number one on the Billboard 200. The album spent 24 consecutive weeks atop on the Billboard 200, ranking it among the most successful albums in the history of the chart. “When Doves Cry” and “Let’s Go Crazy” reached number one on the Billboard Hot 100, while “Purple Rain” and “I Would Die 4 U” were also top 10 hits. By 1996, the album was certified 13× platinum by the Recording Industry Association of America (RIAA). Prince and the Revolution won Grammy Awards for Best Rock Vocal Performance by a Duo or Group with Vocal and Best Score Soundtrack for Visual Media, while Prince also won the Academy Award for Best Original Song Score for the film of the same name.

Music critics noted the innovative and experimental aspects of the album’s music, most famously on the spare, bass-less “When Doves Cry”. Other aspects of the music, especially its synthesis of electronic elements with organic instrumentation and full-band performances along with its consolidation of rock and R&B, were identified by critics as distinguishing, even experimental factors. Its total sales stand at 25 million copies worldwide, making it one of the best-selling albums of all time. The album is regularly ranked among the greatest albums of all time, with Rolling Stone ranking it number eight on its 2020 list of the 500 Greatest Albums of All Time. It was inducted into the Grammy Hall of Fame and added to the Library of Congress’ National Recording Registry list of sound recordings that “are culturally, historically, or aesthetically important”.