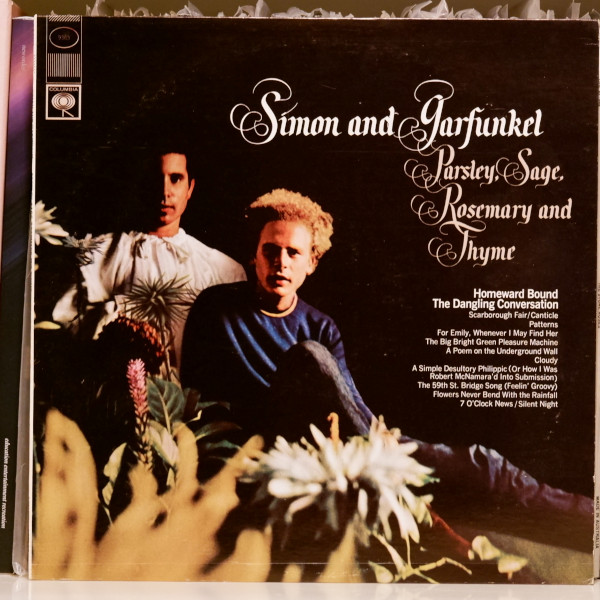 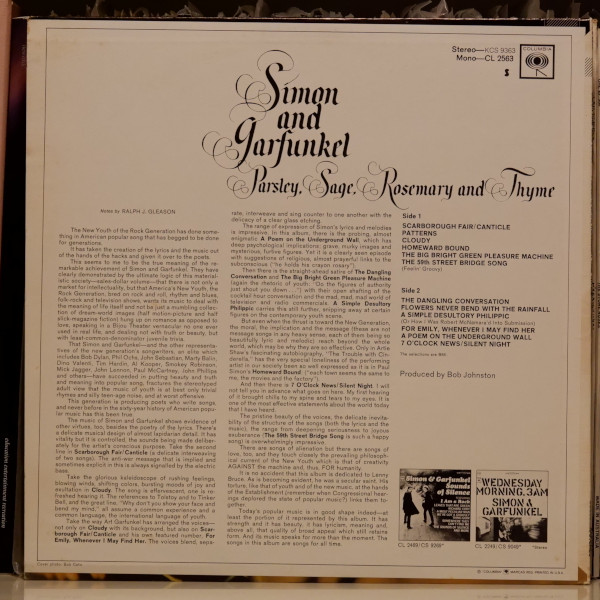 Parsley, Sage, Rosemary and Thyme is the third studio album by American music duo Simon & Garfunkel. Produced by Bob Johnston, the album was released on October 24, 1966, in the United States by Columbia Records. Following the success of the re-release of their debut single “The Sound of Silence”, Simon & Garfunkel regrouped after a time apart while Columbia issued their second album, a rushed collection titled Sounds of Silence. For their third album, the duo spent almost three months in the studio working on instrumentation and production.

The album largely consists of acoustic pieces that were mostly written during Paul Simon’s period in England the previous year, including some numbers recycled from his debut solo record, The Paul Simon Songbook. The album includes the Garfunkel-led piece “For Emily, Whenever I May Find Her”, as well as “7 O’Clock News/Silent Night”, a combination of news reports of the day (the Vietnam War, the civil rights movement, the death of comedian Lenny Bruce), and the Christmas carol “Silent Night”.

Many critics have considered it a breakthrough in recording for the duo, and one of their best efforts. “Homeward Bound” had already been a top five hit in numerous countries and “Scarborough Fair/Canticle” performed similarly. The album peaked at number four on the Billboard Pop Album Chart and was eventually certified triple platinum by the Recording Industry Association of America.