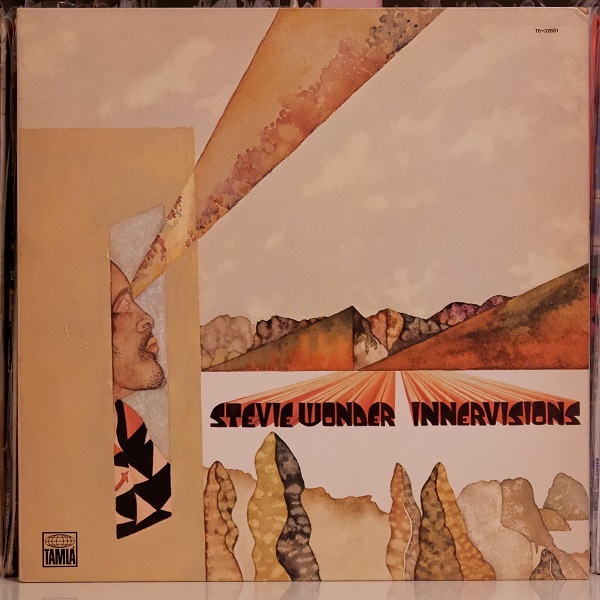 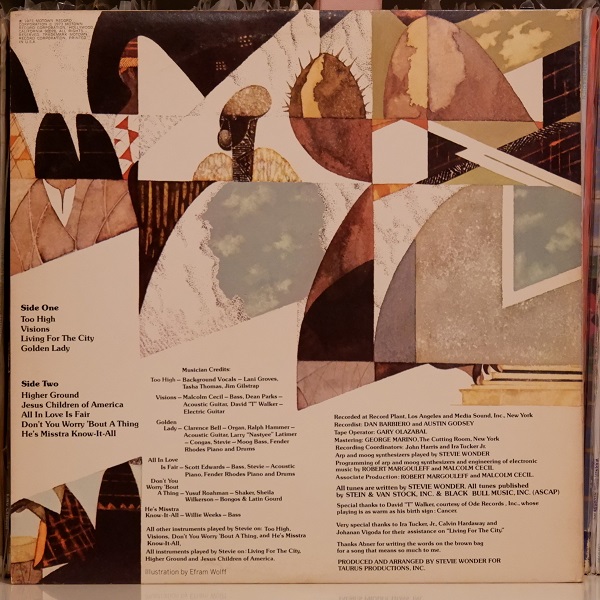 Innervisions is the sixteenth studio album by American singer, songwriter and musician Stevie Wonder, released August 3, 1973, on the Tamla label for Motown Records, a landmark recording of his “classic period”. It is also regarded as Wonder’s transition from Little Stevie Wonder and romantic ballads to a more musically mature, conscious and grown-up artist. With Wonder being the first major artist to experiment with the revolutionary TONTO (The Original New Timbral Orchestra) synth, developed by Malcolm Cecil and Robert Margouleff, and the ARP synthesizer on a large scale, Innervisions became hugely influential on the subsequent future of commercial soul and black music.

As with many of Wonder’s albums, the lyrics, composition and production of Innervisions are almost entirely his own work, with the ARP used prominently throughout the album. The instrument was a common motif among musicians of the time because of its ability to construct a complete sound environment. Wonder also played all or virtually all instruments on six of the album’s nine tracks, making most of Innervisions a representative one-man band.

The nine tracks of Innervisions encompass a wide range of themes and issues: from drug abuse in “Too High”, through inequality and systemic racism in “Living for the City”, to love in the ballads “All in Love Is Fair” and “Golden Lady”. The album’s closer, “He’s Misstra Know-It-All”, is a scathing attack on then-US President Richard Nixon, similar to Wonder’s song a year later, “You Haven’t Done Nothin'”. “Living for the City” was one of the first soul music songs to deal explicitly with systemic racism and to use everyday sounds of the street such as traffic, voices and sirens, which were combined with the music recorded in the studio.: 44 : 236 : 62

Innervisions peaked at number four on the Billboard Top LPs & Tapes and number one on the Billboard Soul LPs, eventually finishing at number four on the magazine’s Top Pop Albums chart for 1974. At the 16th Grammy Awards, it won Album of the Year and Best Engineered Non-Classical Recording, while “Living for the City” won Best R&B Song. Innervisions is widely considered by fans, critics, and colleagues to be one of Wonder’s finest works and one of the greatest albums ever made. It was ranked number 34 on Rolling Stone‘s list of “The 500 Greatest Albums of All Time”. In 1999, Innervisions was inducted into the Grammy Hall of Fame.

Join Waitlist We will inform you when the product arrives back in stock. Please leave your valid email address below.
SKU: 100152 Categories: R&B & Soul, Second-Hand Records