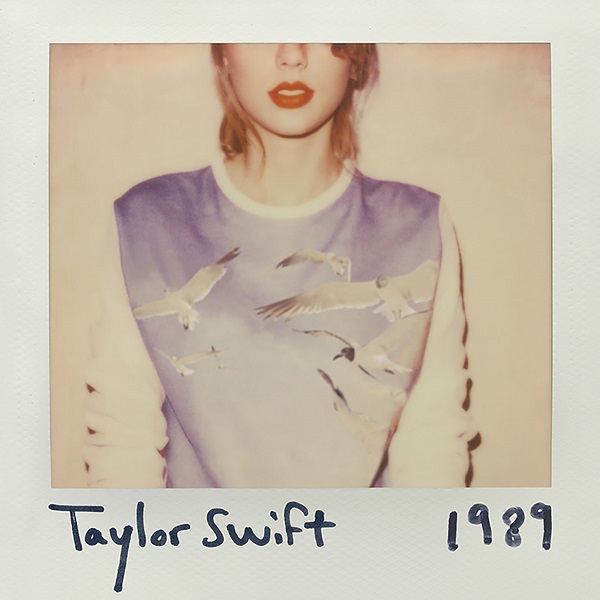 1989 is the fifth studio album by American singer-songwriter Taylor Swift. It was released on October 27, 2014, by Big Machine Records. Following the release of her genre-spanning fourth studio album Red (2012), noted for its pop hooks and electronic accents, the media questioned the validity of Swift’s status as a country artist. Inspired by 1980s synth-pop to create a record that shifted her sound and image from country to mainstream pop, Swift enlisted Max Martin as co-executive producer, and titled her fifth album after her birth year as a symbolic rebirth of her artistry.

The album’s synth-pop sound is characterized by heavy synthesizers, programmed drums, and processed backing vocals. Swift wrote the songs inspired by her personal relationships, which had been a trademark of her songwriting. The songs on 1989 express lighthearted perspectives, departing from her previous hostile attitude towards failed romance. Swift and Big Machine promoted the album extensively through product endorsements, television, radio appearances and social media. They pulled 1989 from free streaming services such as Spotify, prompting an industry discourse on the impact of streaming on music sales.

After the album’s release, Swift embarked on the 1989 World Tour, which was the highest-grossing tour of 2015. The album was supported by seven singles, including three US Billboard Hot 100 number ones: “Shake It Off”, “Blank Space”, and “Bad Blood”. Critics praised Swift’s songwriting in 1989 for offering emotional engagement that they found uncommon in the mainstream pop scene. Meanwhile, the synth-pop production raised questions regarding Swift’s authenticity as a lyricist. The album appeared on several publications’ lists of the best albums of the 2010s and featured in Rolling Stone‘s 2020 revision of their 500 Greatest Albums of All Time. At the 58th Grammy Awards in 2016, 1989 won Album of the Year and Best Pop Vocal Album, making Swift the first female solo artist to win Album of the Year twice.

1989 was a commercial success. In the US, Swift became the first artist to have three albums each sell over one million copies within their first week of release. The album spent 11 weeks atop the Billboard 200 and received a ninefold platinum certification from the Recording Industry Association of America (RIAA). It also earned multi-platinum certifications in Australia, Canada, and the UK, and has sold over 10 million pure copies worldwide.

Join Waitlist We will inform you when the product arrives back in stock. Please leave your valid email address below.
SKU: 200324 Categories: Electronic, New Records, Pop Tags: Electropop, Synthpop