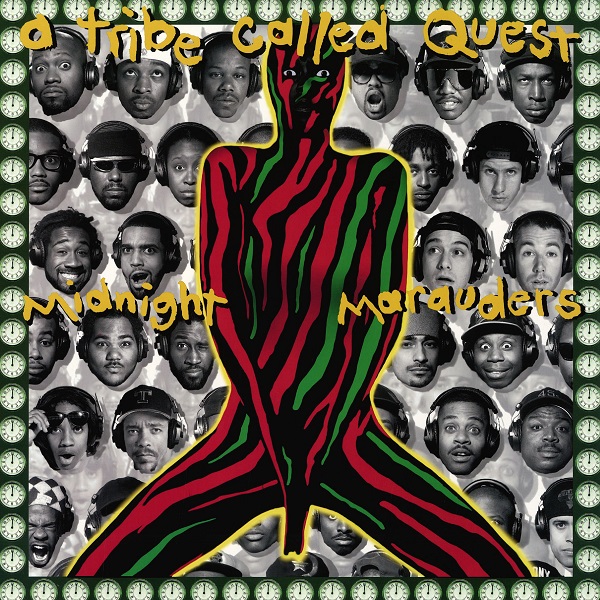 Midnight Marauders is the third studio album by American hip hop group A Tribe Called Quest, released on November 9, 1993, by Jive Records. Recording sessions for the album occurred at Battery Studios, Platinum Island Studios and Scorcerer Sound in New York City. Its production was mainly handled by Q-Tip, with contributions from Skeff Anselm, Large Professor and the group’s DJ, Ali Shaheed Muhammad. A culmination of the group’s two previous albums, it features an eclectic, gritty sound based on jazz, funk, soul and R&B samples, in addition to socially conscious, positively-minded, and humorous lyrics.

Midnight Marauders debuted at number eight on the Billboard 200 and number one on the Top R&B/Hip-Hop Albums chart. The first two singles, “Electric Relaxation” and “Award Tour”, charted on the Billboard Hot 100, before the release of the final single, “Oh My God”. On January 14, 1994, the album was certified gold by the Recording Industry Association of America (RIAA), with shipments of 500,000 copies in the United States. It was certified platinum by the RIAA nearly a full year later, on January 11, 1995, with shipments of one million copies.

The album received mostly positive reviews from critics. In the following years, Midnight Marauders has acquired further acclamation from within the hip hop community for its production, chemistry and influence, with some regarding it as the group’s best work, and one of the greatest hip hop albums of all time. Several writers have credited it as a contributor to a “second golden age” of hip hop in the mid-1990s, as well as the pinnacle of the Native Tongues movement.