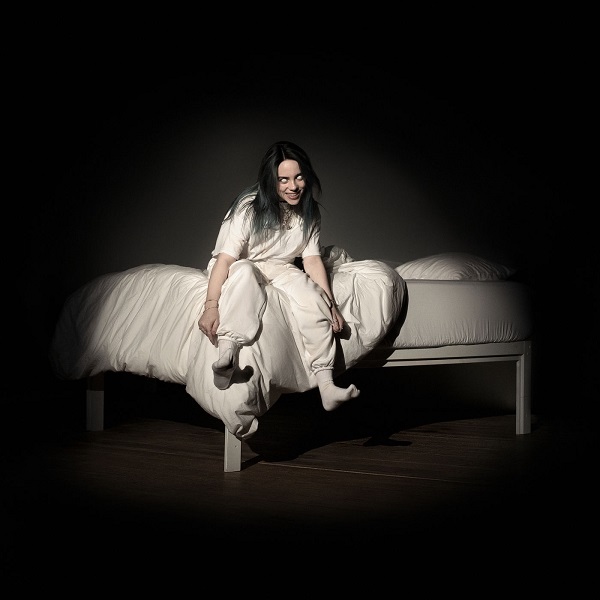 Billy Eilish -When we all Fall Asleep Where do we go?

When We All Fall Asleep, Where Do We Go? (stylized in all caps) is the debut studio album by American singer Billie Eilish. It was released on March 29, 2019, by Darkroom and Interscope Records in the US and Polydor Records in the UK. Eilish largely co-wrote the album with her brother Finneas O’Connell, who produced its music at his small bedroom studio in Highland Park, Los Angeles.

Musically, When We All Fall Asleep, Where Do We Go? is a pop, electropop, avant-pop, and art pop record, though it also features influences from hip hop and industrial music. Its songs explore themes such as modern youth, drug addiction, heartbreak, suicide, and mental health, with lyrical sensibilities of humor and horror. Eilish said the album was inspired in part by lucid dreaming and night terrors, which are reflected on the cover photo.

When We All Fall Asleep, Where Do We Go? was also a widespread critical success and one of the year’s most acclaimed records, with many reviewers praising its subject matter, songwriting, cohesiveness, and Eilish’s vocal styling. At the 2020 Grammy Awards, it won Album of the Year, Best Pop Vocal Album, and Best Engineered Album, Non-Classical, while “Bad Guy” won Record of the Year and Song of the Year; Finneas also won the award for Producer of the Year, Non-Classical. In 2020, the album was ranked at 397 on Rolling Stone’s 500 Greatest Albums of All Time list.